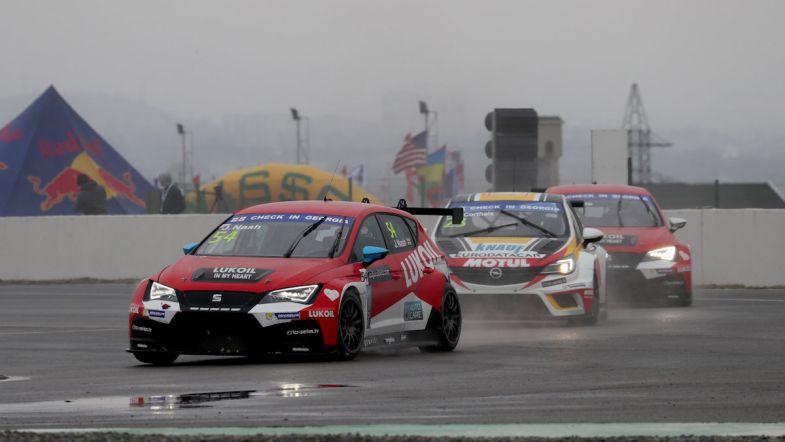 Discussions to get underway about a TCR UK series for 2018

The United Kingdom could be the next country to launch a TCR series in 2018, as discussions between TCR’s promoter Marcello Lotti, and MSA chairman Alan Gow get underway this week.

With Germany’s TCR series about to field a 42-car grid for its second season, TCR promoter Marcello Lotti believes that the UK would be another market where a TCR series would flourish, where the low-cost touring cars would be an option for aspiring BTCC teams and drivers to learn their craft.

Speaking at the TCR International Series opening round in Georgia last weekend, Lotti said he believes the UK would be a successful market for the TCR platform, in the same way it has been in Germany, and has seen the grid size for the struggling Scandinavian Touring Car Championship bolstered this year.

Although not set to compete with the BTCC, which features a 32-car capacity grid this year, a potential TCR UK series would likely provide UK-based teams and engineers another place to compete, with clashing calendars across the globe proving problematic for many professional team managers and engineers.

WSC Ltd, the promoter of the TCR International and Middle East series, wouldn’t promote the series themselves, with the task set to fall to a UK sports marketing company.

Speaking to TouringCarTimes last year, MSA chairman Alan Gow, who is also the series director of the BTCC and the president of the FIA Touring Car Commission, said he didn’t see a place for TCR in the UK at the time, seeing it only able to function as a club level series next to the BTCC, and pointing to the failed launch of the B-TEC Development Series for older BTCC-specification cars.

Should a promoter in the UK take up the challenge of running the series, the next stage is finding a programme on which it would feature, with the SRO-run British GT Championship, which already includes a tin-top series in the Volkswagen Racing Cup, one of the more logical fits.