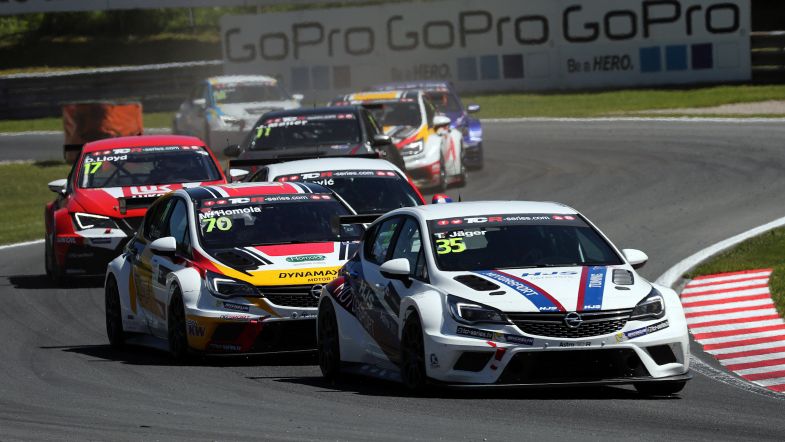 23-year-old Austrian Thomas Jäger had a strong first weekend in the TCR International Series with Kissling Motorsport, finishing fourth in qualifying and both of Sunday’s races to mark off an impressive debut in the Opel Astra TCR.

Jäger was the centre of many moves in the races, particular in Race 2 after he battled back from a slow start to reclaim his fourth position, soaring past the Alfa of Davit Kajaia and the Audi of Frédéric Vervisch in one move, before closing down and passing James Nash’s SEAT and Gianni Morbidelli’s Volkswagen.

“It was really fun, I’m super-happy with the outcome of the weekend,” said Jäger to TouringCarTimes. “To make such a debut shows my talent. I’d like to thank my team for the set-up of the car and they work they did.

“I had two good moves in the race – I passed two cars with two wheels on the grass with contact with the Alfa, and then one lap later I passed a car at the Fahrenlagerkurve on the outside, so it was lucky I could get back to fourth after my bad start.”

Jäger is hoping for more outings in the series, with the ultimate aim to be back on the grid full time in 2018.

“I’m looking to enter more regularly the TCR,” he added. “I hope to put a programme together for next year, as it’s one of the strongest series with more and more manufacturers, my aim is to race here full time.”