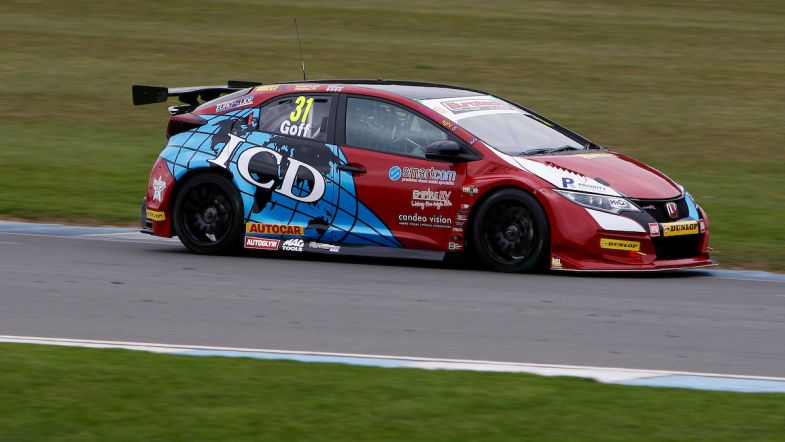 Jack Goff emerged as the man to beat as the BTCC field took to the track at Snetterton for the first day of the traditional two-day long summer test.

The Eurotech Racing man set the pace during the quicker afternoon session at the wheel of his Honda Civic Type-R to edge Jake Hill out of top spot; with the pair being split by just 0.012secs on the times.

Hill had looked set to end the day on top at the wheel of his Volkswagen CC but Goff’s even later lap would prove to be enough to give him day one bragging rights.

That quick lap of 1min 57.408secs was six-tenths of a second quicker than Mat Jackson had managed to top the morning session, although times were still some way down on the pole time set by Gordon Shedden last season.

On the back of a strong weekend at Croft prior to the summer break, Ollie Jackson was third fastest in the lone AmDTuning.com Audi S3 on track, with the Mercedes of Aiden Moffat and Adam Morgan following close behind.

Tom Ingram’s Speedworks-run Toyota in sixth was the final car to get within half a second of the outright pace.

Mat Jackson’s Motorbase Ford would end the day seventh quickest by virtue of his morning lap, with the Croft race winner one of the many drivers who would fail to improve during the afternoon.

Will Burns, who was an impressive second quickest in the morning, would end up just 0.001secs down on Jackson in eighth with Brett Smith also impressing on his first outing in the Eurotech Honda he will race for the remainder of the campaign.

The current Mini Challenge points leader and BTC Norlin’s Chris Smiley would round out the top ten.

Elsewhere, the only other newcomer would be Volkswagen racer Chris Milford, who took over the VW CC usually raced by Michael Epps and was 26th quickest.