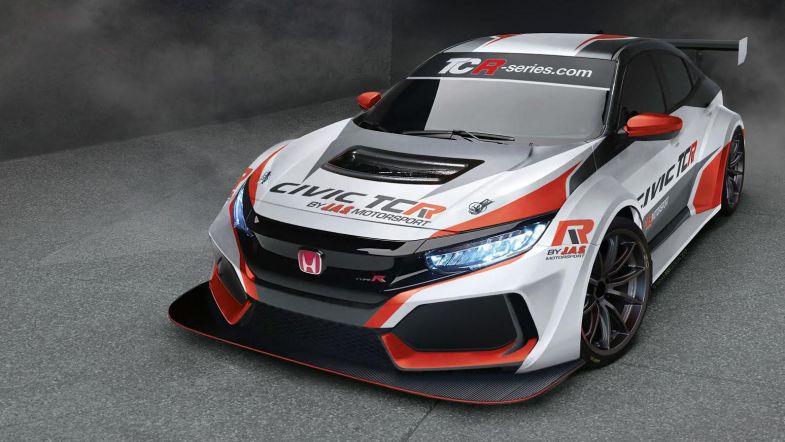 New Honda Civic Type R TCR to be launched in 2018

The latest Honda Civic Type R will be available for the various TCR series from 2018, with JAS Motorsport confirming development is already well underway on the tenth generation model.

The Milan-based operation will again be the developers of the Honda, having been given the licence by the TCR promoter to build the car, which will be first time two generations of the same car model have been available in TCR.

The TCR version of the all-new Civic FK8 will be available to customers from December 15th, with JAS planning to have 25 cars complete for the start of the 2018 motorsport season.

Over 50 of the ninth generation Type R Civics (FK2) were built, with the car a front-runner in all of the TCR series, and currently leads the model of the year standings in the top tier TCR International Series.

“We are delighted and excited to announce today that we will make the new Honda Civic Type R TCR available to customers for next year and send our warmest thank you to Honda for continuing to give us their blessing for this project,” said Mads Fischer, JAS’s TCR project leader.

“The new car shows significant development in several key areas such as aerodynamics, suspension and electronics. Our first Civic Type R TCR car has won five championships already and is in contention for another eight this year in Europe and Asia, and our aim is to ensure that the new car continues to raise the bar for TCR competition globally.”