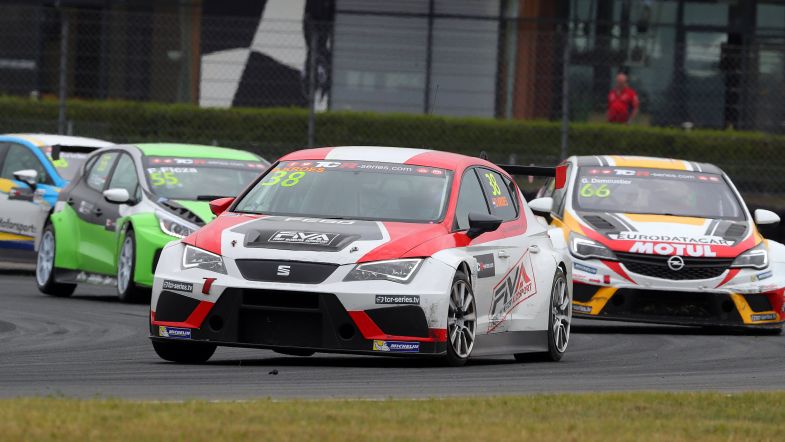 Dutch 17-year-old Danny Kroes says his target is to do the full 2018 season in the TCR International Series, after scoring points on his debut last weekend in Germany from 20th on the grid.

Damaged suspension in free practice propelled the Ferry Monster SEAT driver into the barriers, with Kroes only just able to make it out for qualifying, only able to set the 20th-best time in a barely straight car.

On race day, Kroes worked his way forwards to finish ninth in an action-packed race, scoring points in only his first race.

“I’m really happy,” said Kroes to TouringCarTimes “At the start I had a problem and couldn’t get into first and I stalled on the grid, but I was able to start the car and drove as hard as I could. I overtook many people and finished ninth, so I’m very happy.”

In Race 2, despite few cars making the finish providing a good points opportunity, Kroes was one of the many to not make the finish, with a recurrence of his suspension issue seeing him crash out of the race.

Kroes’ focus now is on 2018, aiming to be on the grid for the start of the 2018 TCR International Series season.

“To get back out this year will be hard due to the budget situation,” said Kroes. “Our plan is certainly to do the International Series next year.”