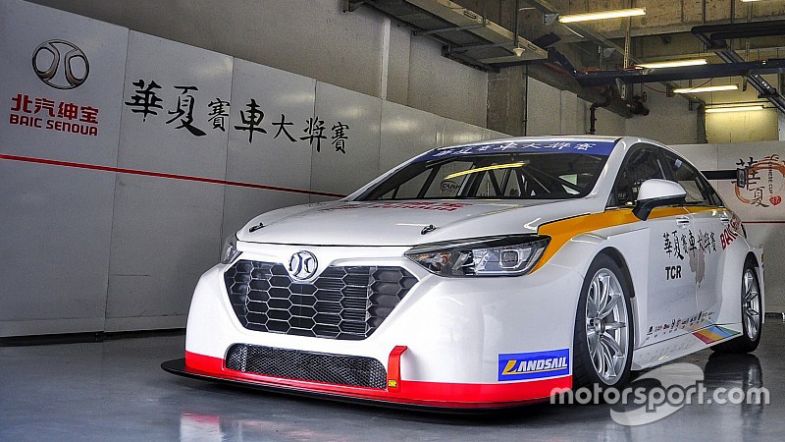 The first Chinese TCR race car has been unveiled, as BAIC Senova revealed their D50 TCR at the most recent round of the China Touring Car Championship and TCR China series.

The car was unveiled as the BAIC Motor Beijing Senova Racing Team competed in the CTCC, fielding its three D70s which are run to CTCC specification.

The D50, much like the D70, is also based on the now defunct Saab manufacturer’s technology, based on the Swedish marque’s 9-5 model.

There are no official specifications available of the car, other than that it is possible for teams to order the car now.