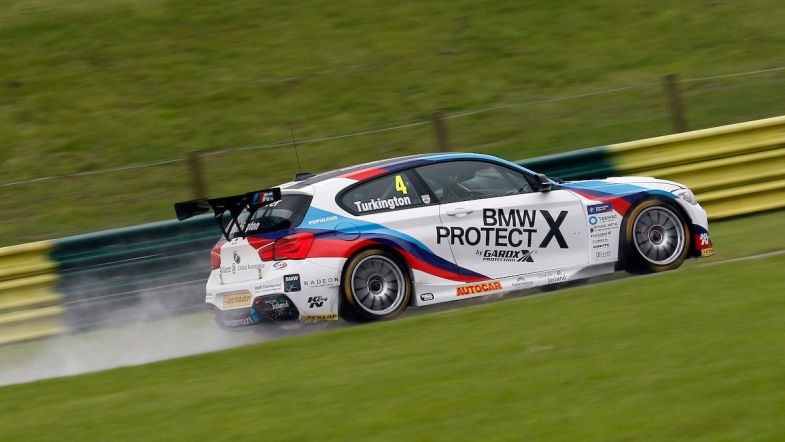 West Surrey Racing driver Colin Turkington topped the second free practice session at Knockhill, held in dry conditions after the earlier rain had cleared, finishing just under a tenth of a second ahead of the Team BMR Subaru Levorg of Ash Sutton.

BMW driver Turkington’s best time came in the final minute of the session, which had been briefly red flagged with just over five minutes to go due to one of the Recticel barriers having been knocked into a dangerous position.

The 35-year-old displaced Sutton’s Subaru, who’d held the top spot for most of the the last half of the session, and prevented the Subaru squad from finishing 1-2, with Sutton’s team-mate James Cole demoted to third.

Matt Neal had sat at the bottom of the time sheet throughout most of the session, lying in 32nd and last up until the final ten minutes, but the three-time champion then put his Team Dynamics Honda third in the closing stages, dropping to fourth at the end following Turkington’s late improvement.

Championship leader Gordon Shedden, weighed down with 75kg of success ballast this weekend, was just outside of the top ten in 11th.

The next session of the day is qualifying at 16:10 BST.