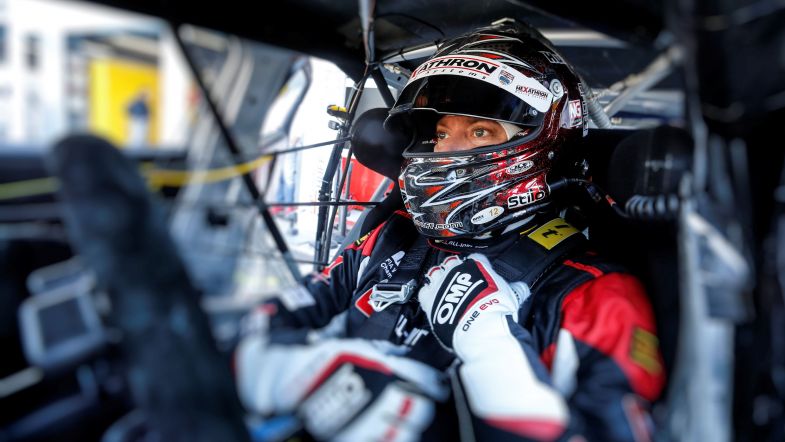 Rob Huff back in the BTCC with Power Maxed Racing

Rob Huff will make a one-off appearance in the British Touring Car Championship this weekend at Silverstone after 13 years away, deputising for Tom Chilton at Power Maxed Racing in the team’s Vauxhall Astra.

The 37-year-old last drove in the BTCC in 2004, then racing for SEAT Sport UK, winning two races in both his and the team’s debut season, before joining the brand new World Touring Car Championship the following year with Chevrolet, winning the FIA drivers’ title in 2012.

With Tom Chilton ordered to sit out the Silverstone after an operation two weeks’ ago, Huff will take his place, adding a fifth top level touring car championship to his roster of 2017, after racing in the WTCC, CTCC, TCR International Series and TCR Benelux series this year in a mix of Volkswagens and Citroëns.

“It’s great to be back in the BTCC, my home championship, and to race in a factory team with Power Maxed Racing,” said Huff.

“I’ve no real expectations this weekend, I’ve never driven the car or even an NGTC before, but I’ve driven TC1, S2000, Chinese, GT, TCR and all sorts just this year alone, so hopefully I’ll be able to get the hang of it quickly and score some good results for the team.”

Tom Chilton, who’s is stepping down due to doctor’s advice after a medical operation two weeks ago, said:

“I’m really excited to see the car in Rob’s hands this weekend. We both have slightly different driving styles, so by the end of the weekend we all will have learnt more about the Astra, ready for me to push it to be the best it can be during the finals at Brands.”

Team principal Adam Weaver is delighted to have signed Huff for this weekend, as the team targets at least another podium finish from the last two rounds of the season.

“Between Chilton, Proctor and the team we have unlocked significant pace in the Astras over the last two rounds and Huffy is certainly stepping in to the best Astra we have had,” said Weaver. “If a man of his talent can’t wring a result out of it we will have to have a long hard look at ourselves come Monday morning.

“We built those Astras with winning in mind and that’s something we are yet to do. We are incredibly happy with our progress but we only have two rounds left and we are coming out guns blazing for podiums – for both cars.”