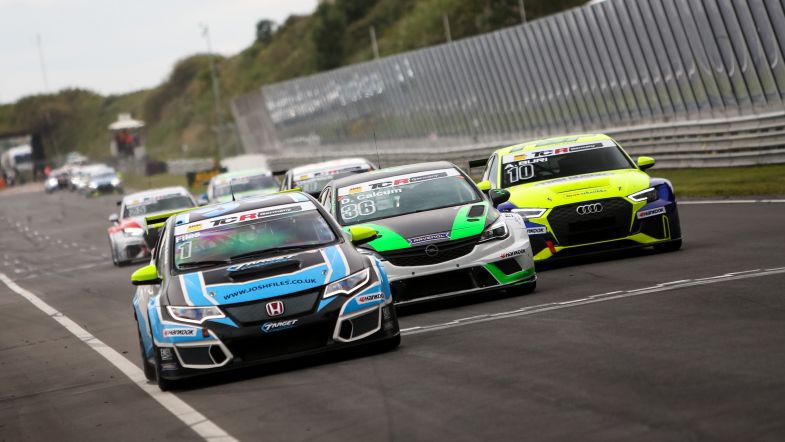 The TCR UK series has unveiled the provisional calendar for its inaugural season in 2018, featuring seven race meetings, none of which clash with the UK’s top tier touring car series, the British Touring Car Championship.

The BRSCC-run championship will start one week before the BTCC, with its first race on Sunday 1st April at Silverstone, with a race meeting every month up until October, continuing on to Knockhill, Brands Hatch, Castle Combe, Oulton Park, Croft, before its season finale two weeks after the BTCC reaches its crescendo, which takes place at Donington Park.

TCR UK has not set an entry limit for its first year, promising that if more cars are entered than the circuit maximum allows, then a split format will be introduced, with heat races and finals, not too dissimilar to the Rallycross format. Otherwise, the championship will follow the TCR International Series formula, with two 50km races, with a part-reversed grid second race.

Six of the circuits are ones which also feature on the BTCC calendar, but new for touring car fans will be a visit to the Castle Combe circuit in Wiltshire in July. The circuit hasn’t hosted a top-level motorsport championship since 2005, when the British GT Championship was ruled out due to noise limits imposed on the circuit. The circuit has never hosted a round of the BTCC in its 59-year history.

Similar noise restrictions mean the Oulton Park meeting the following month is restricted to a one-day event, with all practice, qualifying and racing taking place on the Saturday.

“I’m delighted that we’ve been able to confirm the calendar so soon after announcing the TCR UK series and I’m extremely grateful to the BRSCC and the circuits for their hard work in agreeing the dates,” said promoter Jonathan Ashman.

“We’ve been amazed at the response from drivers and teams ever since we made the initial announcement, and the unveiling of the calendar means those teams and drivers can now make firm plans for the 2018 season.”