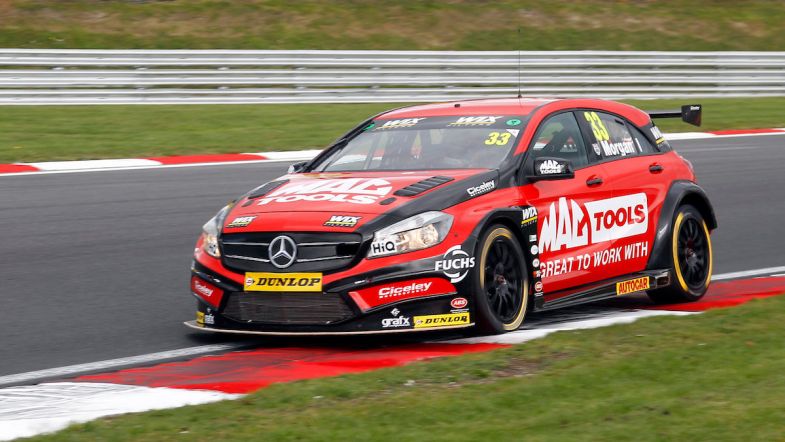 Ciceley Motorsport’s Adam Morgan set the pace in the opening free practice session of the weekend at Brands Hatch, leaving it late to pip Mercedes stable-mate Aiden Moffat to the top spot.

Morgan set his best time of 1.31.698 with just over two minutes to run in an incident-free 40-minute session, beating the fellow A-Class of Moffat by 0.225s.

The pair had swapped places at the top of the times throughout the session and stayed there until the end, with the impressive Brett Smith third for Eurotech Racing, 0.293 off the ultimate pace.

Championship leader Ash Sutton was ninth, with Andrew Jordan rounding out the top 10. Sutton’s rival for the crown this weekend, West Surrey Racing’s Colin Turkington, finished down in 15th.

Ingram had spent much of the session in the pits with a gearbox issue, while both Shedden and Neal didn’t put a time on the board until the final 15 minutes.

Twenty cars were covered by one second, down to Team Hard’s Jake Hill who was 0.978 off Morgan’s time.

The second and final practice session of the season is scheduled for 12:05 BST.