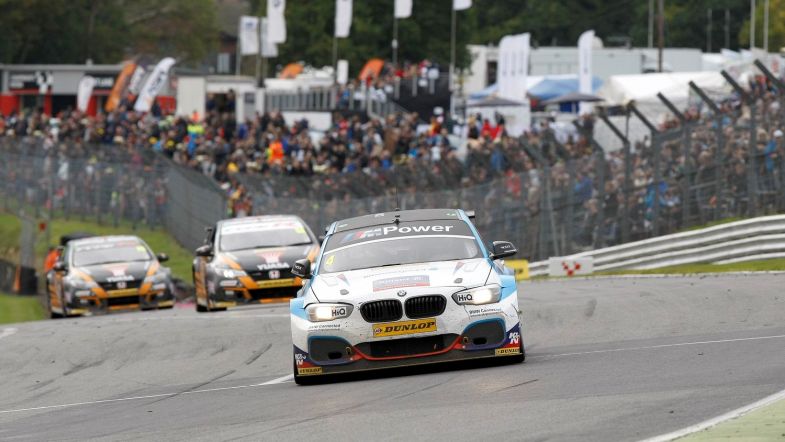 West Surrey Racing’s Colin Turkington has been given a penalty for his race-winning move on Aiden Moffat in the second Brands Hatch encounter – but crucially, without being dropped any positions.

Turkington has been given a £500 fine and three points on his racing license for the move at Paddock Hill Bend at the start of lap 13, where he made firm contact with the rear of Moffat’s Mercedes A-Class.

The move was protested by the Aiden Moffat Racing team and upheld by the stewards.

Commenting on the move, Turkington said: “Aiden was carrying full weight and was driving a very defensive car and I was able to brake deeper, so there was a disparity of performance in the cars. There was too much at stake for me to just follow him around.”