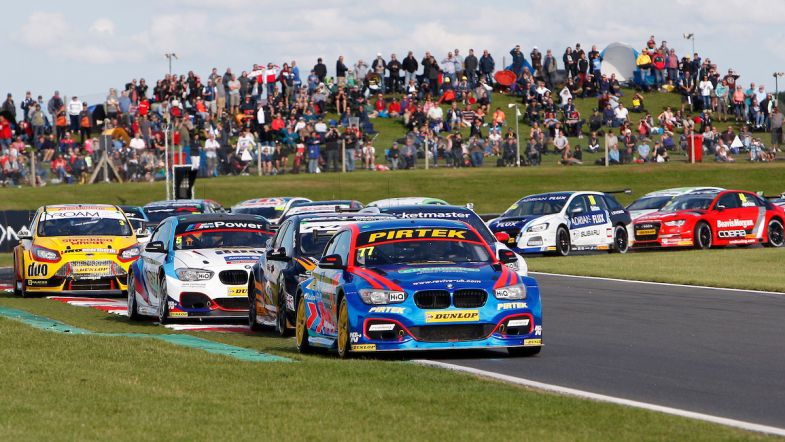 British Touring Car Championship bosses have announced that Snetterton will play host to a special extended race next season as part of the series’ 60th anniversary celebrations.

The final race of the sixth meeting of the campaign will be run over an extended distance of 60 miles – around double the length of a normal race – and will see all cars running without any additional success ballast on board.

A separate qualifying session – run at base weights – will also be used to determine the grid for the race, which will award double championship points.

The ‘Diamond Double’ is the first special initiative planned for the 2018 season, with additional activities being to be announced in the coming months as the series heads towards the landmark season.

“We are delighted to confirm this special extended race as part of the BTCC’s diamond jubilee celebrations,” series director Alan Gow said. “As well, there will be a number of additional activities to celebrate our 60th anniversary throughout 2018 which will be revealed over the next few months.

“We believe this 60-mile race, roughly double the distance of a normal BTCC encounter, will add a further sporting twist to what will be a fantastic and memorable season.

“I am sure our loyal teams, drivers, venues, officials, sponsors, partners, marshals and of course our fans will share in this excitement, making the Snetterton race weekend an unmissable event in 2018.”