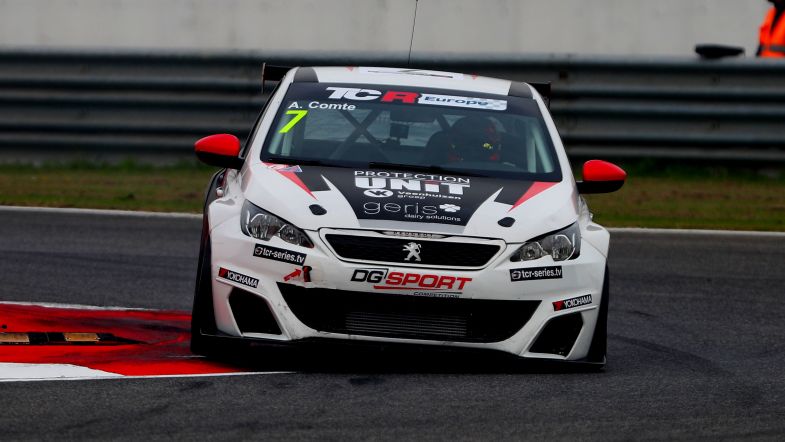 Aurélien Comte has won the first standalone TCR Europe Trophy title, after the title was awarded last year through competition in a series of TCR events, which was also won by the DG Sport Compétition team, that time with Pierre-Yves Corthals driving their Opel Astra TCR.

Comte went from ninth to third in the first race, which proved vital to his victory. The Frenchman took the initiative at the start of Race 2 and led the way for over half the race before he was passed by the Hyundai of Gabriele Tarquini, but after title favourite Josh Files was his with a drive-through penalty for an incident with LMS Racing’s Antti Buri, all Comte had to do was keep Files’ Target Competition team-mate Giocomo Altoè behind him to win the title on countback, with both Comte and Altoè tied on points.

“The car is still lacking something in terms of performance, but it has really good race pace so I was not surprised to have been running at the front in the race,” said Comte. “I had planned to make the best start I could and create a gap at the front. It was quite difficult at the end of the race to keep Giacomo Altoè behind, but in the end everything was OK and we took the title.”

Comte’s title comes a week after the Frenchman had gone to the TCR Benelux finale at TT Circuit Assen with a shot at the championship title, only for the team’s aspirations to be shattered due to an engine problem on Saturday which put them on the back foot.

The title is the first for Peugeot in TCR competition, who are bringing an upgraded full-TCR specification car to the table for 2018.