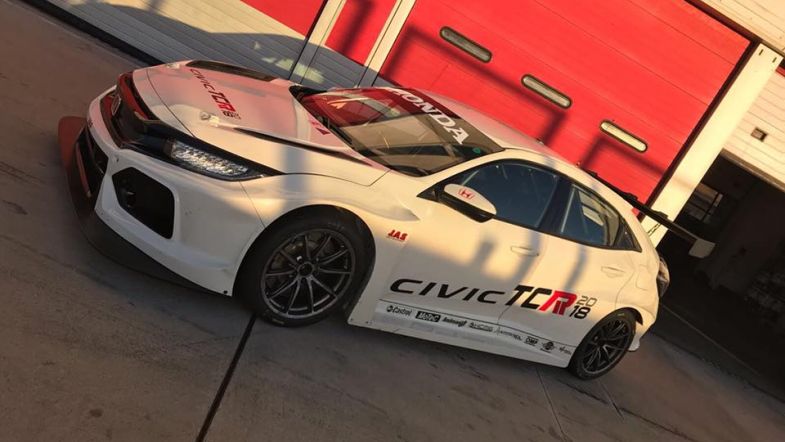 18-year-old Benjamin Lessennes took to the wheel of the latest Civic just over a week after winning the 2017 TCR Benelux Touring Car Championship. The Belgian won the title racing for the season consecutive season with the outgoing Civic Type R model for Boutsen Ginion Racing.

17-year-old Altoè, who narrowly missed out on the TCR Europe Trophy title this weekend at Adria driving a Civic, and who scored his first podium in the TCR International Series in a Honda two months ago in Thailand, also tested the latest TCR-specification car to be built, which will be generally available to customers for the 2018 season.

Lessennes’ previous car, the Boutsen Ginion-run Civic FK2 Type R with which he won the title, has also passed into new hands and was on track today, with British team Sean Walkinshaw Racing taking delivery of the car ahead of a planned campaign in the TCR UK Touring Car Championship next year.