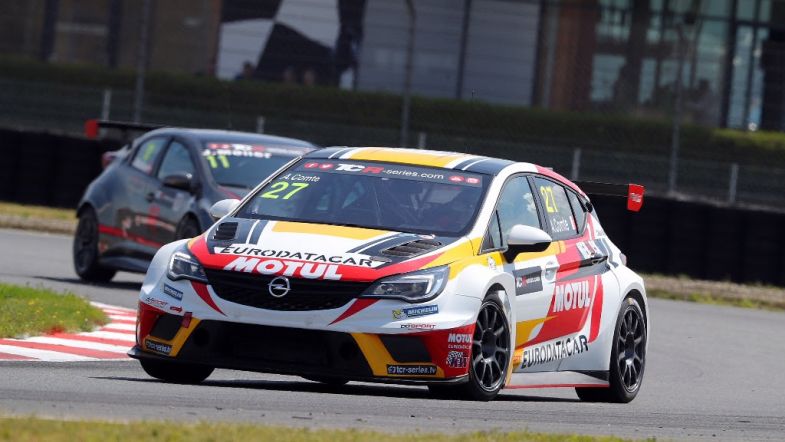 Aurélien Comte has been confirmed to make his TCR International Series debut in the season finale in Dubai for DG Sport Compétition on November 17-18.

The 29-year-old is a Peugeot factory driver and finished fourth overall in the 2017 TCR Benelux series for DG Sport, driving a Peugeot 308 Racing Cup.

Comte will however drive the team’s second Opel Astra TCR in Dubai alongside regular driver Mat’o Homola, with Peugeot Sport approving his switch as Opel now is a part of the PSA group.

“I’m obviously very pleased to be able to offer Aurélien this opportunity to compete in the final meeting of the TCR International Series in Dubai,” said Christian Jupsin, team principal of DG Sport Compétition.

”He put in a god performance this season with our Peugeot 308 Racing Cup, finishing third in the TCR Benelux in the company of Kevin Abbring, prior to masterfully clinching the European title at Adria.

“Just like the entire team I know that one must not judge Aurélien’s performance based on this unique meeting at the wheel of a car he is not familiar with and up against drivers accustomed to the pace of international events. He has my full trust when it comes to tackling these two confrontations in an adequate state of mind and take full advantage of this bonus in his 2017 season.”