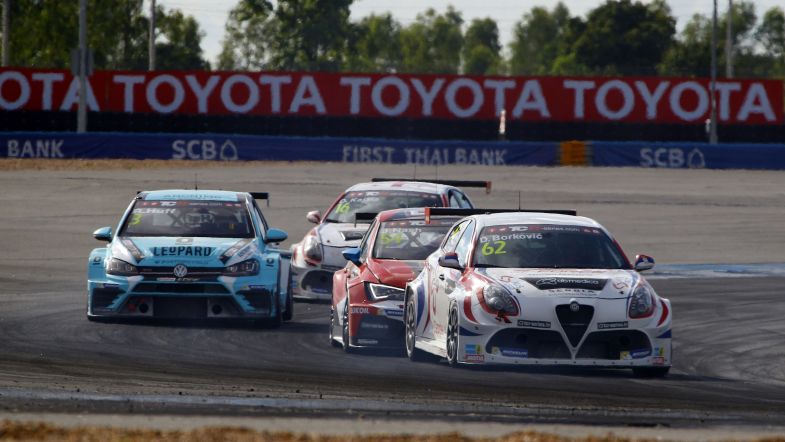 The TCR Las Americas series is set to launch in May 2018, a year and a half later than originally planned, with a slightly more conservative calendar than first announced, with five races in Mexico and the Dominican Republic.

The series official kick-off took place last weekend at the Autódromo Sunix in the Dominican Republic, which will hold three rounds of the five-event series next year.

Two other events will be held in Mexico, at circuits and dates yet to be confirmed.

The championship will be promoted by DRE Ltd. The launch at the weekend allowed potential drivers to try out three TCR specification cars, the Audi RS 3 LMS, the SEAT León TCR and the Volkswagen Golf GTI TCR.

“Finally we have been able to get TCR Las América underway, although a bit later than expected,” said TCR International Series promoter Marcello Lotti. “The previous plans have been delayed because we felt the need to better understand the situation of the local competitors. This also enabled us to find enthusiastic and reliable partners for running the series, so now we can be confident that it will be successful. In fact, there is a lot of interest in Central America, a region that has always had good tradition for touring car competition.”