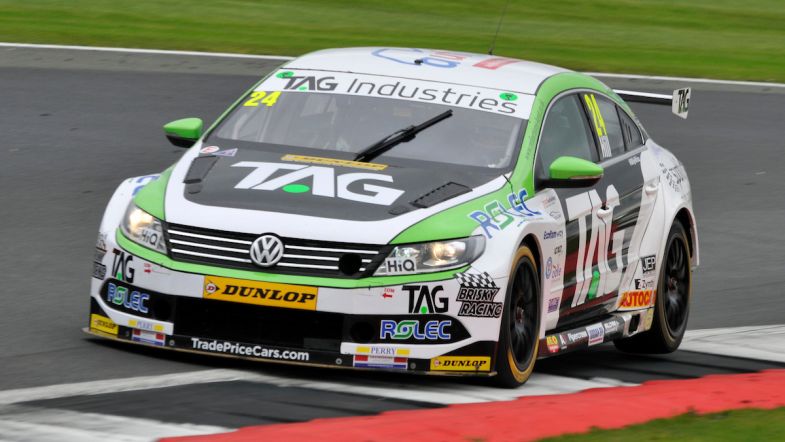 Following news that the BTCC grid will feature a capacity 32 car grid again next year, Team HARD has announced that it has acquired a additional licence to become a four car team for 2018.

Tony Gilham’s team has enhanced its working relationship with Brisky Racing – headed by Richard Wheeler – to make the deal possible, with four VW CCs having been entered for the new campaign.

Bobby Thompson is the only driver to have signed thus far, although moves have been made to enhance the technical team with the signing this week of experienced engineer Geoff Kingston.

“We have been working with Richard and Brisky Racing for the last two years and our relationship has developed very quickly as we have the same drive and determination on a business level, but also share the same passion for motorsport,” Gilham said.

“This will allow us to extend to four BTCC cars for 2018 but at the same time bring another dimension to our infrastructure behind the scenes, meaning that we can really focus on our development as a team aiming for the top.

“Team HARD and Brisky Racing will be names that are seen more and more over the years to come as we have lots of plans in the pipeline. Richard has been a huge part of that and this is another major development for us as a team.”

The partnership between the two teams is also set to include a TCR programme next year, with a Brisky Racing VW Golf having already been seen on track testing in recent weeks.

“Brisky Racing initially started out to make motorsport affordable and fun and that is still a big part of what we do,” Wheeler said. “But the opportunity to work with Tony and Team HARD at the top level of British motorsport was too good to miss, as it’s very clear to see the progress that Team HARD has made over the last few years.

“I believe the time is right to step up and help Team HARD take the next step, building a bigger presence on the grid for 2018. Between us we can build on recent successes to take next year to a new level. It was a natural step to increase our involvement from last year, with the additional of some exciting new partners we think that we will certainly raise some eyebrows when the season kicks off at Brands.”