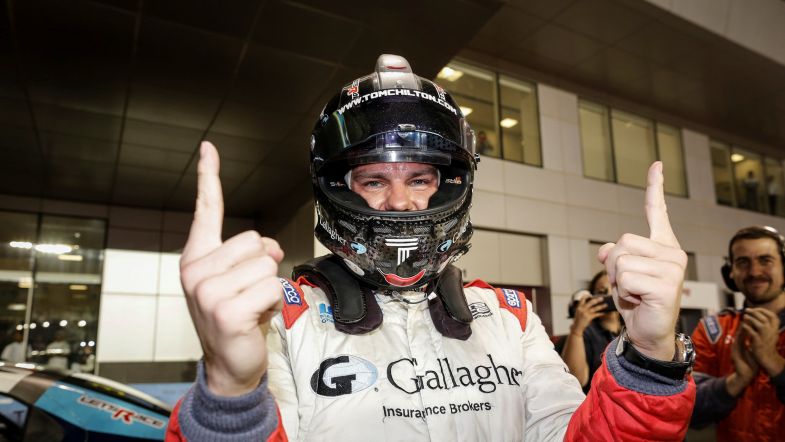 Motorbase Performance will field a new-look driver line-up for the new BTCC season after confirming Tom Chilton as its first signing for 2018.

The 32-year-old ran a dual campaign in the BTCC and WTCC this year, finishing 15th in the British series with Power Maxed Racing and wrapping up the Independents’ title in the WTCC in a Sebastien Loeb Racing-run Citroen.

Having announced he would focus on a single series next year, Chilton will now join the Ford squad for the second season of his BTCC comeback, with his sights firmly fixed on launching a bid for the championship title.

Chilton brings with him support from his WTCC backers Gallagher in a move that will see the team run under the Team Shredded Wheat Racing with Gallagher banner; with Nestle Shredded Wheat returning as Motorbase’s main sponsors for a second straight year.

“Motorbase is one of the most professional teams on the grid and I think I’ll fit in very well,” Chilton said. “I’m excited to be back in the Ford Focus. The last time I raced in the Focus I was crowned British Indy Champion in 2010, so it’s great to come back to it.

“I’m fully focused on one full championship next season, the BTCC. I love the fans in the BTCC and I love the racing. It’s such a competitive championship; no other series in the world is as close as the BTCC, every win and podium feels so special.

“I’m really happy to have AJ Gallagher follow me back to the BTCC off the back of our WTCC title. I want to keep momentum from my WTCC title win going and British Champion is where I want to be next, that’s the aim for next season.”

“It’s great to have Tom on board,” he said. “He’s an excellent addition to the team with a proven touring car history and has all of the right ingredients to help Motorbase Performance challenge for the BTCC crown next season.

“He brings a wealth of experience with him from both British and World touring cars and it’s great to see him back with the Ford brand. A lot of his success in the BTCC has been with the Ford badge, he knows the product and knows our team and I think he will fit in well and be on the pace straight away.

“Our 2018 programme is starting to build up nicely with Tom’s signing and we continue to work hard behind the scenes and put all of our plans into place. We still have a few surprises in store and look forward to releasing more details in the coming weeks.”

The new look Motorbase Ford will be revealed at the Autosport International Show next month.