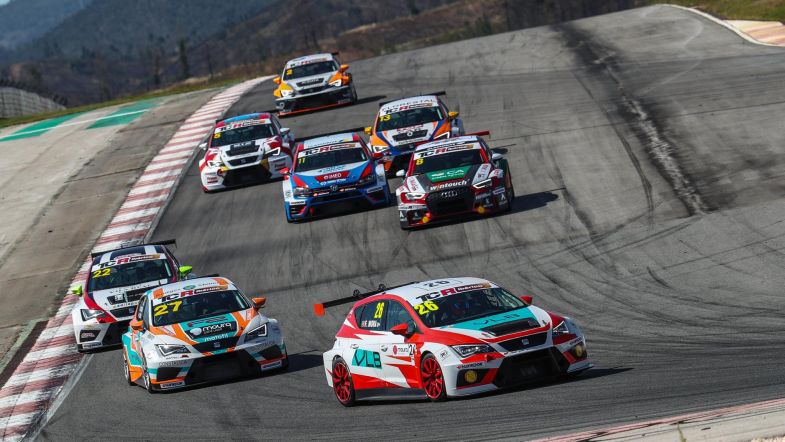 TCR Spain series shuts down after one season

The TCR Iberian series, as a cooperation between TCR Spain and TCR Portugal, has ended after its maiden season last year, following disagreements between the organisers, as well as due to a low number of entries.

The TCR Iberian name is expected to continue on in a new form for 2018, with further details to be announced.

The 2017 TCR Iberian series was a joint venture between the TCR Portugal and TCR Spain championships’ promoters, but TCR Iberian only had ten full-season entries, all of which were from the Portuguese championship.

Further disagreements between V-Line.org, the promoter of the Spanish series, and the Portuguese championship’s promoter led to all three of the original participants from Spain having all left the series by the half-way point of the season, and with the final race of the year, which was to be held in Barcelona, cancelled with just three days’ notice.

TCR Spain will be reintroduced as a class into the CER (Spanish Endurance Championship) as a trophy class, as it was originally held in 2016.