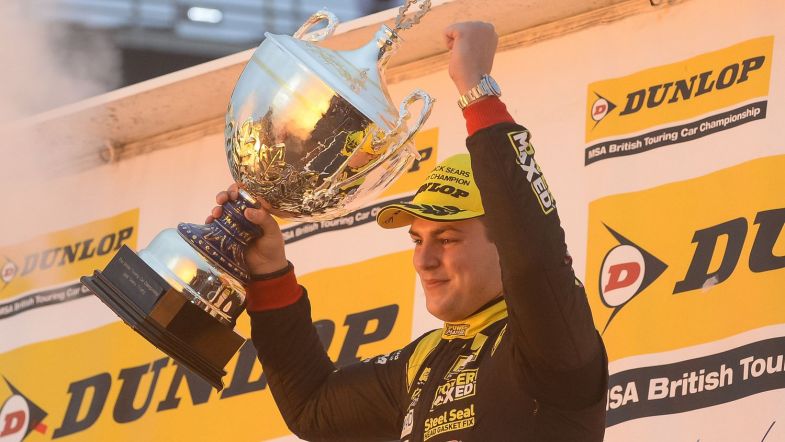 Senna Proctor will return to the Power Maxed Racing team for the 2018 BTCC season after agreeing terms on a deal with the Vauxhall squad.

The teenager made his debut in the series last year after making the move up from the Clio Cup UK and secured the Jack Sears Trophy in dominant fashion; winning half of the 30 races across the campaign.

The 19-year-old had been linked with moves elsewhere on the back of his impressive rookie season but has now signed on the dotted line for a second year at the wheel of PMR’s Astra, which will see him line up alongside the returning Josh Cook.

With the Jack Sears Trophy now open to drivers who haven’t finished on the overall podium, Proctor will hope to try and defend his title this season whilst also pushing forwards up the order to try and push for a maiden podium finish.

“It’s great to be staying with Power Maxed Racing for the forthcoming season,” he said. “We’ve been working hard together through the winter to strike the right deal, and you can’t put a price on having confidence in both the car and the team behind it.

“2017 was a fantastic year for all of us, and with the work [team manager] Martin Broadhurst and the team have been putting in, and having Josh Cook as a team-mate, I’m confident 2018 will be our year! I’d like to thank my existing sponsors, LAPD, Bee Health and Proctor Plant for the continued support.”

Team boss Adam Weaver meanwhile was delighted to retain Proctor for another season.

“We are well aware of Senna’s ability,” he said. “He is still only 19 and developed superbly as a driver during last season. With a year in the car under his belt and a winter of hard work we expect him to be very strong in 2018.

“I believe we have secured the most exciting lineup in the Championship with two of the past three Jack Sears Trophy winners and cannot wait for the season to start.”