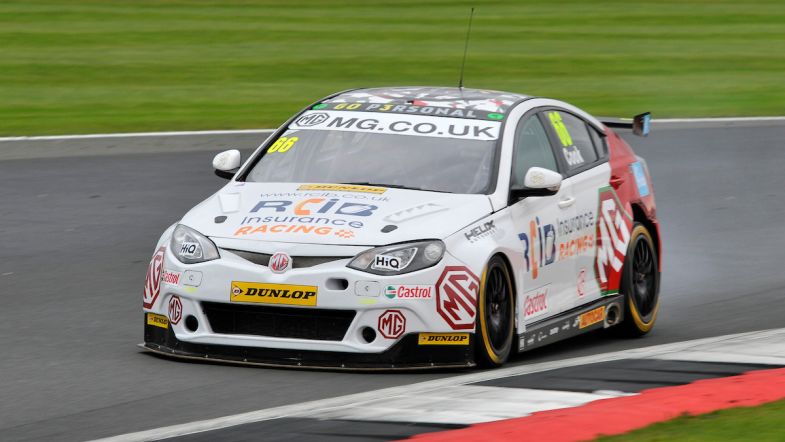 AmDtuning confident of challenging for podiums with MG

AmDtuning.com team boss Shaun Hollamby says he feels confident that his squad will be able to challenge for podium finishes when it takes over the running of the MG6 GTs for the 2018 BTCC season.

The team revealed last month that it had acquired the two cars that were previously run by Triple Eight, which it will run alongside the Audi S3s of Ollie Jackson and Sam Smelt.

Whilst no drivers have yet been announced for the MG programme, the team has now confirmed that the first driver has been signed following the completion of a deal that will see RCIB Insurance and AutoAid Breakdown take on the role of title sponsor for the two cars.

RCIB and AutoAid have previously been involved with the likes of Triple Eight, Team HARD and Laser Tools Racing in recent seasons.

“It goes without saying that we are delighted to welcome RCIB Insurance and AutoAid Breakdown onboard for the 2018 season,” Hollamby said. “This new MG programme is one that is extremely exciting for us as a team, and we are delighted to have agreed a deal for them to be title sponsor for the year ahead.

“Mike Joseph and his team are no strangers to motorsport and know the value that comes from being part of the BTCC, and our aim during the year ahead is to reward their investment in this programme with some strong results on track.

“This new partnership has already allowed us to bring together a deal to sign a very quick young driver for the first car, who we feel is more than capable of taking the MG back to the podium and challenging for some silverware.”

The identity of the first driver is expected to be revealed in the next fortnight, with talks ongoing with a number of racers over the second seat.