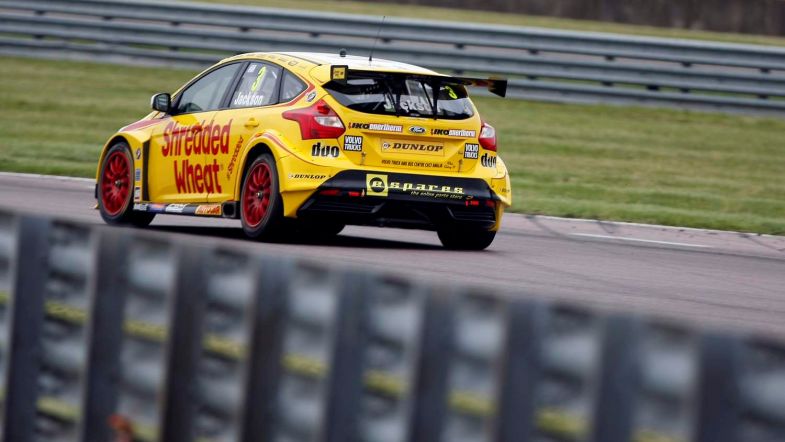 Motorbase Performance has announced that it has parted company with Mat Jackson with immediate effect ahead of the 2018 BTCC season.

The team confirmed Jackson as part of its driver line-up for the new campaign last month, with the 36-year-old set to embark on his ninth straight season with the Ford squad.

Jackson finished eighth in the standings last year and secured Motorbase’s only victory of the campaign at Croft.

The news means Motorbase now has a seat available in the Team Shredded Wheat with Gallagher line-up alongside Tom Chilton, with the team set to announce Jackson’s replacement at a later date.

Jackson’s plans for 2018 are unknown.

“Mat Jackson has been a fantastic driver for Motorbase Performance and I’ve enjoyed all of the years that we have worked together,” team boss David Bartrum said. “We’ve had some great times, but like all things in life, things move on.

“Motorbase has been around for 15 years and 2018 marks our twelfth season racing the BTCC, Mat has been a big part of that history, however, drivers come and go and good teams carry on racing.

“I wish Mat all the best in everything he does in the future. It’s been great working with him and we shall all miss him.

“I’m still very excited about the season ahead. We have a fantastic line-up with WTCC Indy Champion Tom Chilton and returning BTCC star Sam Tordoff piloting our new Focus RS. Our pre-season test programme starts very soon and we will announce Mat’s replacement in due course.”