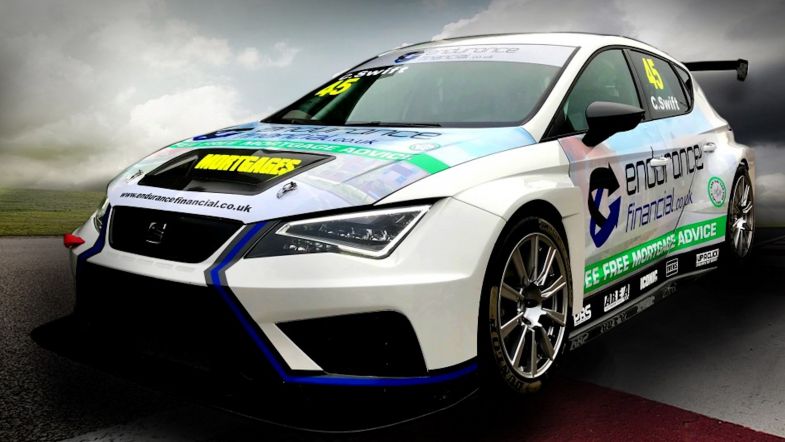 Carl Swift has been confirmed as the first entrant in the DSG (Direct-Shift Gearbox) class of the new TCR UK Championship this season, after having bought a brand-new Cupra TCR DSG for the new series.

The 35-year-old has chiefly contested in touring cars in endurance racing, but will make the switch to sprint racing this year in the new TCR UK Touring Car Championship, and was convinced by the Balance Of Performance measures that keep the DSG and sequential cars in check when Marcello Lotti joined the series’ launch event last week in London.

“I wanted to step up for this year and try a higher profile championship,” said Swift. “My initial thought was the Clio Cup but when TCR UK was announced I knew that it was right for me and so I started looking for a car.

“The meeting with Marcello to finalise the TCR UK details was very promising; I love the fact he just gets things done!” Swift added. “I mentioned to him at lunch that since the BoP will probably never fully balance the DSG cars, a trophy for the best DSG car would be something to differentiate them. ‘Leave it with me’ he said. Thirty minutes later, he had arranged the €20,000 sequential gearbox upgrade as the prize for the top DSG car in the championship – wow!”