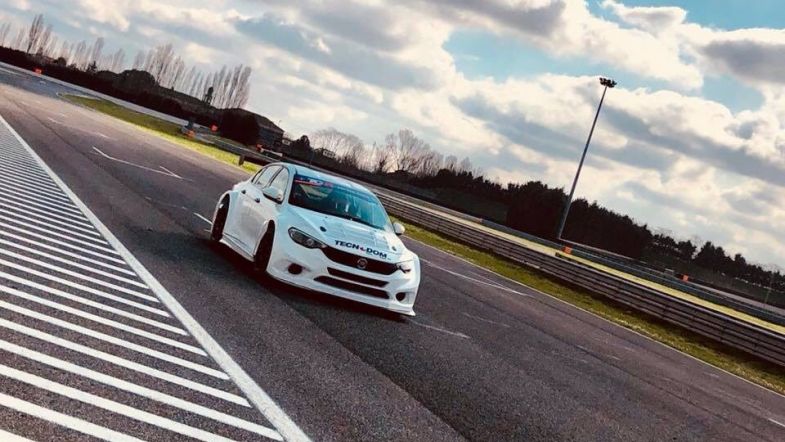 Tecnodom Sport’s Kevin Giacon has tested the new FIAT Tipo TCR, which will be run in TCR Italy by the team which used an Opel Astra TCR last season.

Former Superstars Series team MRT had started the project, which has been bought by the Veneto-based team to finish it off and run it in TCR Italy. It is still unclear which of the two brothers, Kevin or Jonathan, will be behind the wheel of the Tipo TCR.

The car, which has undergone Balance of Performance testing at Adria, is still being refined ahead of its debut, which is scheduled for April, 29th, at Imola, when TCR Italy kicks off.

Tecnodom are reported to be eager to try to bring an Italian car to victory, which is one of the reasons behind the switch from Opel.