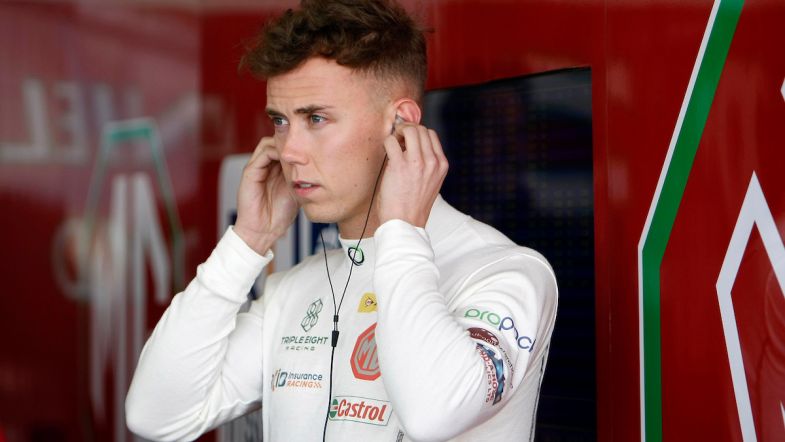 Dan Lloyd has been added to the grid for the opening rounds of the new TCR UK Series this weekend at Silverstone at the wheel of a third WestCoast Racing-run Volkswagen Golf GTI TCR.

Lloyd who has spent recent seasons competing in both the British Touring Car Championship and in TCR International Series will join Jessica and Andreas Bäckman in WestCoast’s Silverstone line-up, with the siblings having been confirmed for the season opener last week.

The 26-year-old – who took part in the recent TCR Balance of Performance tests – could yet convert his one-off entry into a full season campaign should the required budget be found.

“I’m really excited about TCR UK and joining one of the most professional teams in the field,” he said. “It’s a one-off entry at present because of the budget situation, but I really hope it’ll become a full-season campaign as I had a good time in TCR International last year and I’ve had good sponsors in the UK in the past so it’ll be great to build up a UK programme again.

“The Volkswagen Golf isn’t too dissimilar to the SEAT I drove last year; it’s good that the cars are so alike as we haven’t been able to do any testing because the entry was such a last-minute deal.”

Dick Jönsson-Wigroth, WestCoast Racing team owner was delighted to bring the proven front-runner onboard for the weekend.

“We’re all really pleased to be adding a third car for the opening TCR UK races, particularly for such a talented driver as Dan,” he said. “I thought he was one of the best talents in the TCR International Series last year and so I’m delighted that he’ll be in a WestCoast Racing Volkswagen Golf GTI for Silverstone. It’s currently a one-off entry, but I’m keen to expand his programme to a full season in TCR UK.”