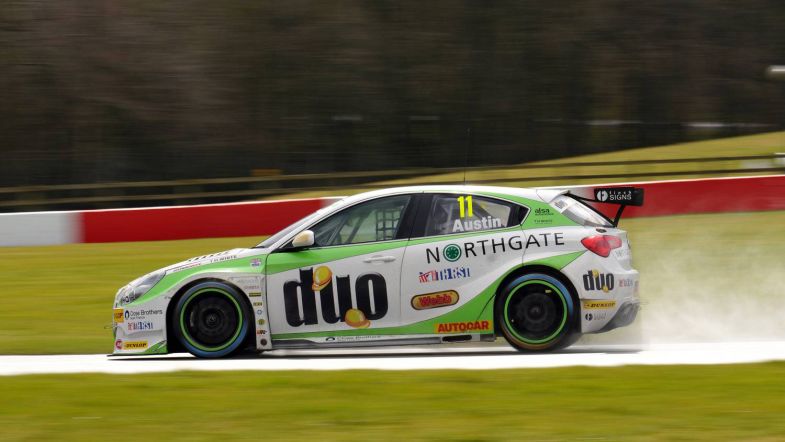 In a highly-promising outing for the Giulietta, which has replaced the team’s Toyota Avensis, Austin lapped the Leicestershire circuit in 1.10.074, also setting a second time of 1.10.198 which would have been good enough for top spot.

Chilton finished 0.164 seconds behind Austin in the first of the Ford Focus RS machines, with 2017 championship runner-up Colin Turkington staging a late dash in the West Surrey Racing BMW 125i M-Sport to finish third, 0.280 behind Austin.

On an encouraging day for Motorbase, Sam Tordoff was fourth on his BTCC return, with Andrew Jordan fifth in the second of the West Surrey Racing BMWs.

Neither Team Dynamics nor Team BMR showed any serious pace on the day, with Matt Neal the best of the Hondas in 13th ahead of Dan Cammish in 14th in the new Civic Type R FK8s. Over at BMR, reigning champion Ash Sutton was 20th and Jason Plato 29th in their Subaru Levorgs, with Josh Price in 30th in the third car.

Many of the drivers used the only official pre-season test to rack up some significant mileage, with Motorbase Performance’s James Cole topping the lap chart with 73, ahead of Colin Turkington (64 laps) and Senna Proctor (60 laps).

At the other end of the standings, BTC Racing’s James Nash was 11 seconds off the pace in 32nd after only managing ten laps in his Honda Civic Type R FK2.

Aiden Moffat was garage-bound with a fuel pump issue with his Mercedes until the final hour of running, eventually winding up 25th after completing 20 laps.

There were five red flag stoppages during the session. The first was caused by Tom Oliphant’s Mercedes A-Class, which suffered a power steering fluid leak, with the second down to an issue for Team Dynamics’ Dan Cammish.

The third stoppage came when Brett Smith ran wide at the Craner Curves (pictured below) and picked up a sizeable amount of front-end damage on his Eurotech Racing Honda Civic.

A fourth brief stoppage was called to allow debris to be cleared from the circuit, before a spin into the gravel for Eurotech Racing’s Jack Goff inside the final ten minutes saw the session finish slightly early. 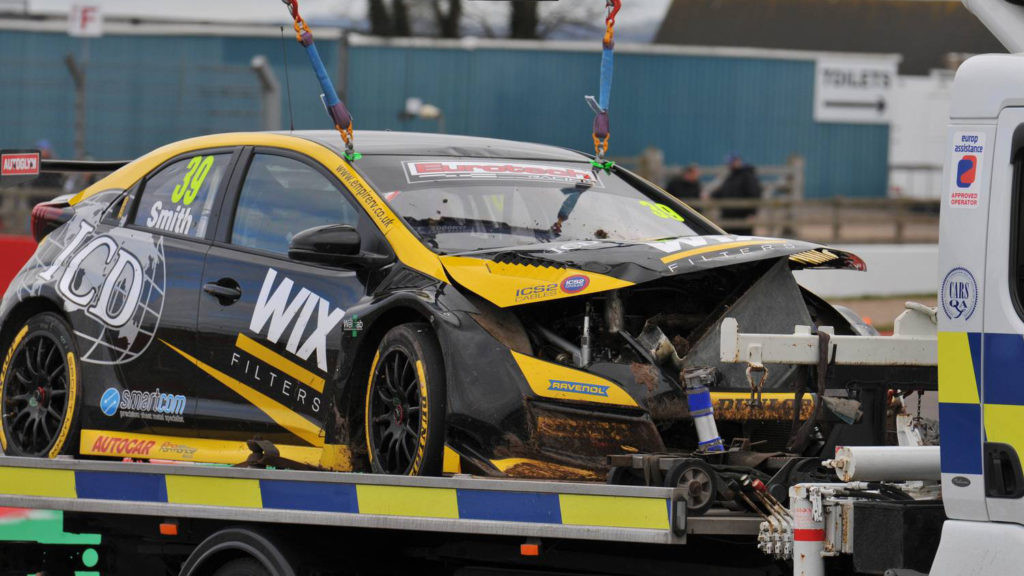