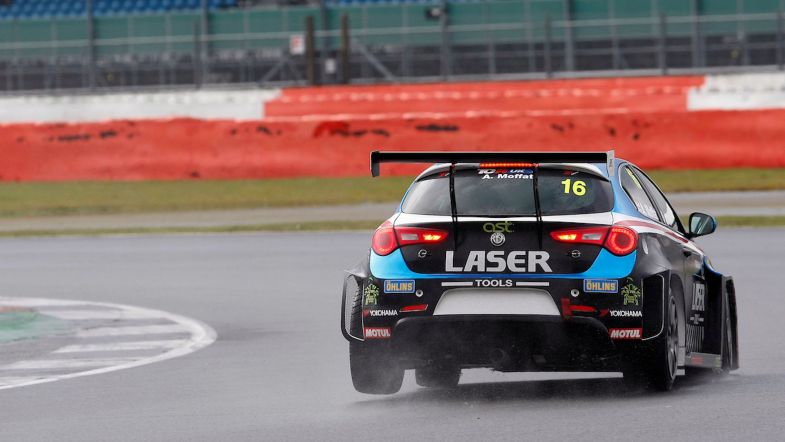 Aiden Moffat was disappointed to not be on pole position for the first round of the TCR UK Touring Car Championship at Silverstone, after the 21-year-old was blocked on his final flying lap in a wet-dry qualifying session.

Moffat lost out by two-tenths of a second to WestCoast Racing’s Dan Lloyd, but could have been out front had it not been for traffic on his last lap.

“It’ll do,” said Moffat on his front row spot to TouringCarTimes. “It’s frustrating, as on a drying track the last lap was always going to be the quickest, and I got blocked on my last lap, so that’s frustrating as we’d 100% have been quicker and could have had pole. It could have been worse, and we’d have been fourth or fifth or something, so I’m fine with P2.”

Looking ahead to Sunday’s race, the Scottish driver hopes to make the most of the Alfa’s blistering pace throughout the weekend to go from the outside front row spot into a victory.

“We’re always better racers than qualifiers so we’ll see how it goes,” he said. “I think we’ll do well, we’ve got a good car under us and think we can race for the win. The car is very strong in the dry; in the wet it’s not fully there, but there a few things we could change so I think we can still be good whether it’s wet or dry…so I’m confident no matter what the weather is.”