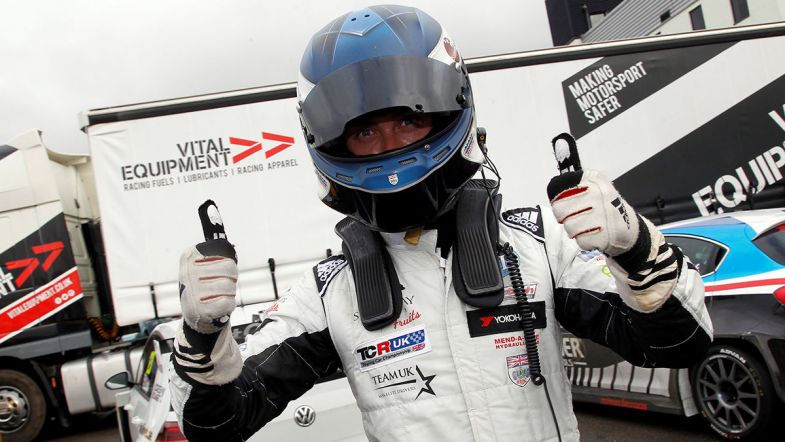 Dan Lloyd is celebrating the first pole position of the new TCR UK championship at Silverstone, outpacing Aiden Moffat’s Alfa Romeo on his final flying lap in tricky conditions in a wet-dry-wet session at the Silverstone National circuit.

Lloyd’s best lap time of 1:00.805 was two-tenths faster than Moffat’s best effort, which gives the 26-year-old pole position for the first round of the TCR UK series on Sunday.

“It was not straight forward obviously due to the conditions,” said Lloyd to TouringCarTimes. “We made a call to put a lap in at the start which worked great, and then we came in to go again with more slicks, and as soon as we went out it started raining and we were three seconds slower, but then the track came back to us.

“I knew it was going be that last lap, so it was one of those where you have to push like crazy but make sure you don’t make a mistake. I know I could have gone a bit quicker, but in those conditions, you need to keep a bit in reserve.”

The WestCoast Racing driver will start ahead of the Alfa Romeo of Moffat, which has been quick in the speed traps all weekend, which will certainly be Lloyd’s main rival for victory on race day.

“We know the Hyundai and Alfa are quick in a straight line, but we’ll keep doing what we’ve been doing,” he said. “I want to say thanks to WestCoast Racing, they’ve done a great job with switching tyres here there and everywhere, and it really counts that’s quick at doing everything and knows where it counts.”