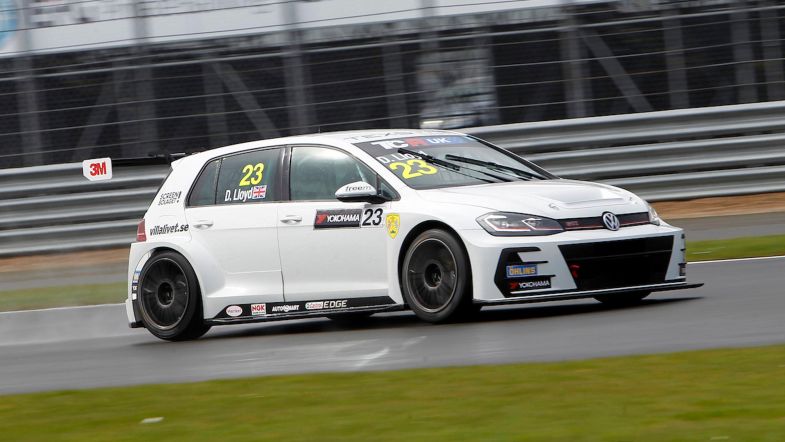 Dan Lloyd snatched pole position in his WestCoast Racing Volkswagen Golf from Aiden Moffat in the Alfa Romeo Giulietta on his final lap, outpacing the Scotsman by two-tenths of a second.

Lloyd had set the early running in his Golf GTI TCR, before a flurry of improvements came in the middle of the session as the track continued to dry.

Darelle Wilson then moved onto pole in in his Vauxhall Astra TCR, before Carl Swift briefly took over in his DSG-equipped Cupra TCR, before Lewis Kent went fastest in the Hyundai, with his time standing for much of the session.

As the end drew near, Aiden Moffat launched his attack in the Alfa Romeo, going third fastest on his first run, before going fastest of all on his second lap, only for Lloyd to jump ahead after the chequered flag fell.

Aiden Moffat Racing’s Derek Palmer missed all running on Saturday due to an injector problem with his Alfa Romeo Giulietta, and will be forced to start from the back of the grid on Sunday.

The grid for the second race is decided by the drivers’ second-best times, with the top ten of those reversed, which will be confirmed by the time keepers shortly.