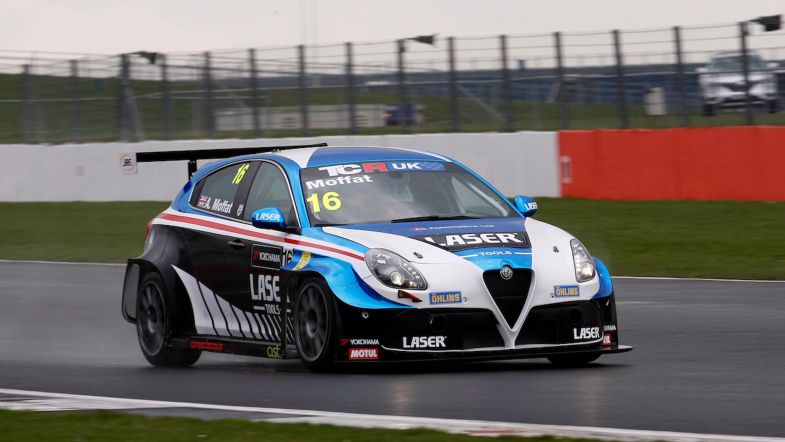 Aiden Moffat had his second-place finish in the first round of the TCR UK Touring Car Championship restored as soon as the podium celebrations were finished, after his five second penalty was challenged by his team.

Moffat had crossed the line in second but had been given a penalty for regularly exceeding track limits, which saw him dropped to fourth.

The team questioned the penalty as Moffat had received no final warning, which saw the stewards undo the penalty, restoring his second place finish.

“The rules dictate you get a warning flag and that’s followed up with a time penalty, whereas I got a penalty with no warning flag,” explained Moffat to TouringCarTimes. “I was looking for it on every lap as I was struggling with the car. I know I was using all the track and then some, so I had the mindset that as soon as I got the warning flag I’d rein it back in, and then I was surprised to see the penalty.”

On finishing second on his TCR debut, the Scottish driver remarked:
“I’m happy with that. Dan has a lot of experience in TCR cars and we’ve not been in one until this weekend. It’s a very soft chassis, and it a difficult car to drive, but it’s definitely got potential. We’ve done any testing and we’re straight into the car so we’re happy with second.”