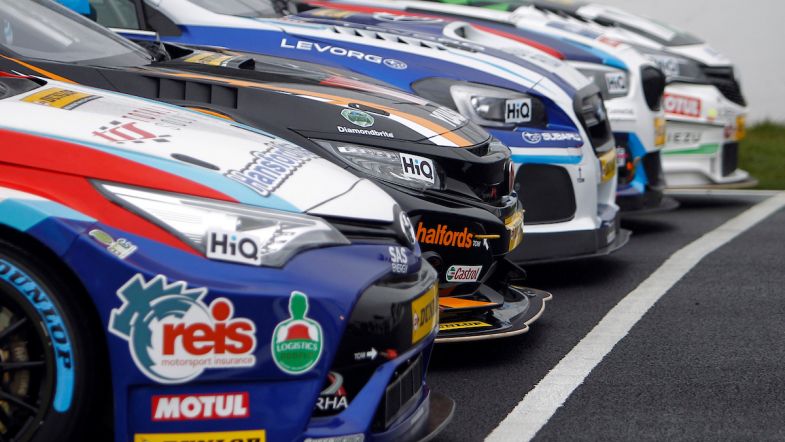 All to play for as BTCC heads for Brands Hatch

It’s almost time for the talking to stop at the British Touring Car Championship heads for Brands Hatch this weekend to kick-start its 60th anniversary season.

Once again a capacity grid of 32 cars is set to do battle across ten meetings between now and the autumn, with Ashley Sutton seeking to defend the title he won in dramatic fashion back in October.

Sutton will go into the new season amongst the main contenders for the title but with four other past champions and no fewer than 17 race winners in total, it’s anyone’s guess as to who will emerge from the season ahead on top of the pile…

Sutton remains with Team BMR for a second successive season as part of a trimmed three-car line-up alongside Jason Plato and Josh Price and will hope for better luck than when the 2017 campaign kicked off twelve months ago.

Then, Sutton failed to bag a single point from the opening meeting of the year before fighting his way back into contention and he’ll hope for improved fortune this time around. It’s a similar story for team-mate Plato, who saw his title challenge ultimately ended by an accident at Brands Hatch that would affect the performance of his car for much of the year. 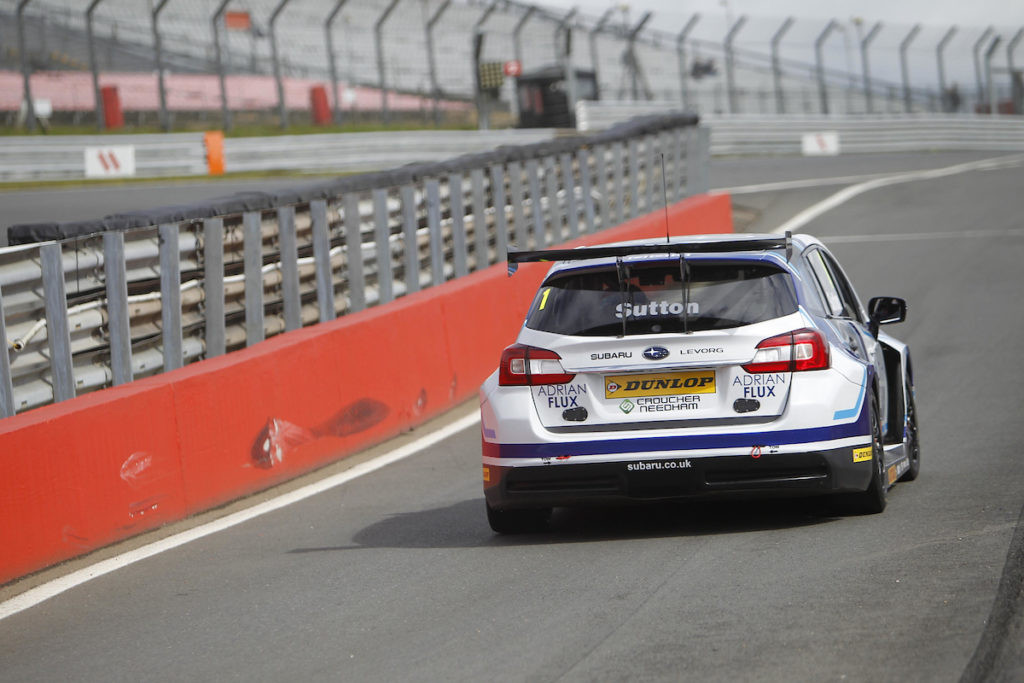 Subaru’s pre-season testing programme hasn’t been as extensive as some of the other front-runners and the Levorg wasn’t near the sharp end of the times at either Donington Park or Brands Hatch during official testing, but the two Adrian Flux-backed cars in particular will hope to be in the mix when the ‘proper’ action kicks off.

Having gone close to the title last year, Colin Turkington is as determined as ever to try and secure a third championship crown, and the West Surrey Racing man is another who should go well this weekend.

In the BMW 125i M Sport, Turkington has a car he knows like the back of his hand and the car is already a proven race-winner at the short Brands Indy circuit. Team-mates Rob Collard and Andrew Jordan will also be keen to challenge and you wouldn’t bet against the team securing the two podium finishes it needs to bring up a century for the car.

One team that doesn’t have a proven package is Team Dynamics after the switch to the FK8 version of the Honda Civic Type-R for the new season.

The winter hasn’t been without issues for the multiple champions, with delays to the car and the unexpected departure of Gordon Shedden, leaving the team somewhat on the back foot as the start of the season drew near.

However, having managed to get two cars out on track in testing, the team goes to Brands Hatch feeling optimistic about strong results with a new look line-up of Matt Neal and rookie Dan Cammish and if past history is anything to go by, the new car will be quick out of the box.

Amongst the leading Independent runners targeting top honours, Tom Ingram will be chasing victory in the season opener for the third successive season to kick-start what he hopes will be a challenge for the overall championship title.

Ingram could well have upset the applecart last year were it not for two tough meetings at Oulton Park and Croft, and the team has quietly gone about its business over the winter to prepare for the new campaign. Whilst there is no doubt that the Ingram/Speedworks package has the pace, the only question mark is over how the team will get following the departure of Geoff Kingston – the engineering whizz who has overseen the car in recent seasons.

Kingston’s move to Team HARD. was unexpected, but it could be just what Tony Gilham’s team needed to try and take the step up to the next level with its VW CC.

The cars are proven race winners but flattered to deceive at times last year; something that Jake Hill and Mike Bushell in particular will be keen to address this year.

Quick throughout testing have been the three Motorbase-run Ford Focus RS cars in the hands of Tom Chilton, James Cole and Sam Tordoff.

The extensively re-engineered cars have gone well so far and on home soil, a strong start to the season would be the perfect way to put the troubles of the winter firmly in the past.

Eurotech secured pole at Brands Hatch last year with Jeff Smith and with Jack Goff back for a second season – and with Honda engines onboard – the FK2 Civic Type-R should be a strong contender this weekend, as should the new HMS Racing Alfa Romeo and the Mercedes of Ciceley and Laser Tools Racing.

With a year of experience under its belt, Power Maxed Racing will also be keen to push towards the podium places from the outset with the Vauxhall Astra – and the returning Josh Cook could be just the man to do it as he looks to put a difficult 2017 behind him.

Cook’s tough campaign ended with Triple Eight and the former champions have disappeared from the grid for 2018 with the two MG6 GTs now being run by AmD.

Track time has been limited during the winter but both Rory Butcher and Tom Boardman have show strong pace so far – although the first aim for the team will be to get valuable mileage under its belt with the car this weekend and try to push for points. 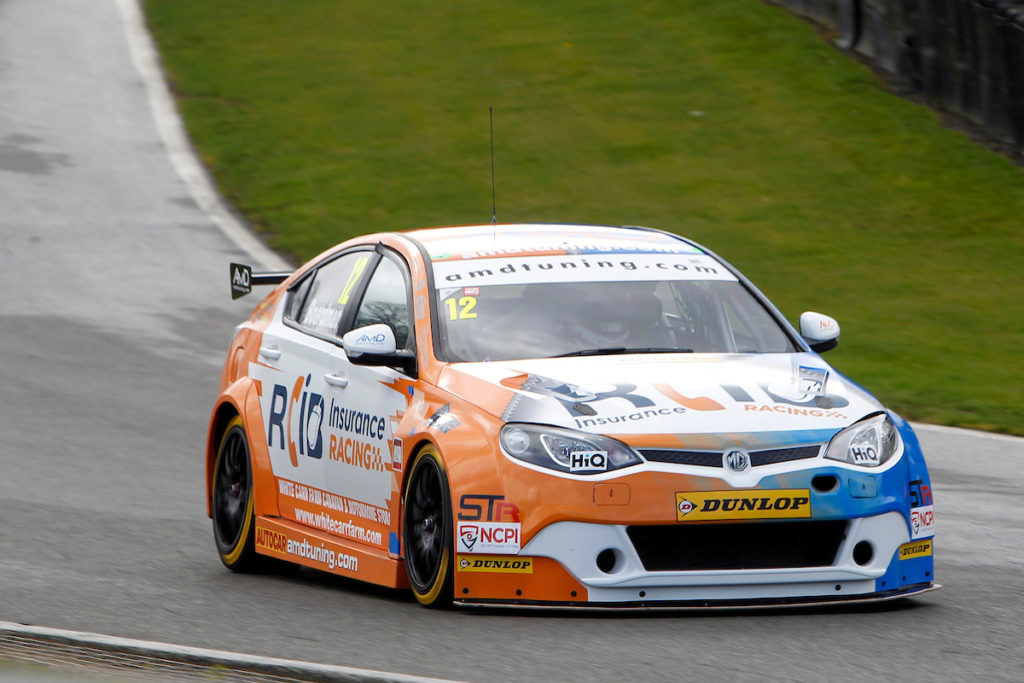 On the other side of the garage, points should very much be the aim for Ollie Jackson’s Audi S3, with rookie driver Sam Smelt alongside him using the opening rounds to gain vital experience – expect the youngster to get closer to the pace as the season wears on.

Having ditched the Ford Focus that he really didn’t get on with last year, Team Parker’s Stephen Jelley will hope that a return to BMW machinery will help him become a regular contender for points, whilst the BTC Norlin squad should feature well inside the top 15 following its switch to Honda.

James Nash and Chris Smiley have only had limited running pre-season however, so it remains to be seen whether or not the team will be fully up to speed this weekend.