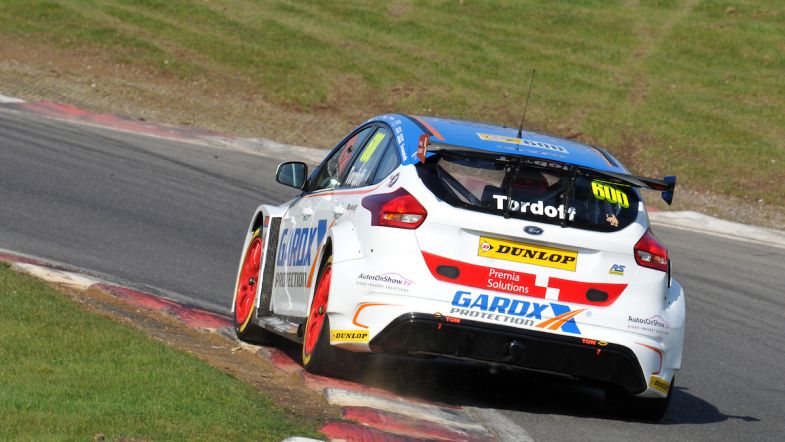 Sam Tordoff will hope to benefit from running the softer compound tyre in the opening race of the weekend after Dunlop revealed the tyre choices for the first meeting of the BTCC season at Brands Hatch.

Tordoff qualified second on the grid at the wheel of his Motorbase Performance-run Ford Focus and is the best place driver on the grid to have selected the tyre for race one.

Pole man Jack Goff is amongst those who have elected to wait until race three as has fourth placed Dan Cammish, with the BMW of Colin Turkington having selected race two.

“The teams have made their decision based on testing but the weather hasn’t been too good,” Dunlop’s Mickey Butler explained. “Sam Tordoff though did manage to get some good running on the soft tyre and the balance and pace in his car was strong, so I’m not shocked to see him run the tyre in race one – particularly when this is the race when no-one will have any weight in the car.

“He should benefit from that tyre and I’d tip him for the win, but it could all change if there is rain overnight as is predicted. We’ve already seen that the circuit had changed since testing last week and it will change again if there is rain and that would create another unknown.”