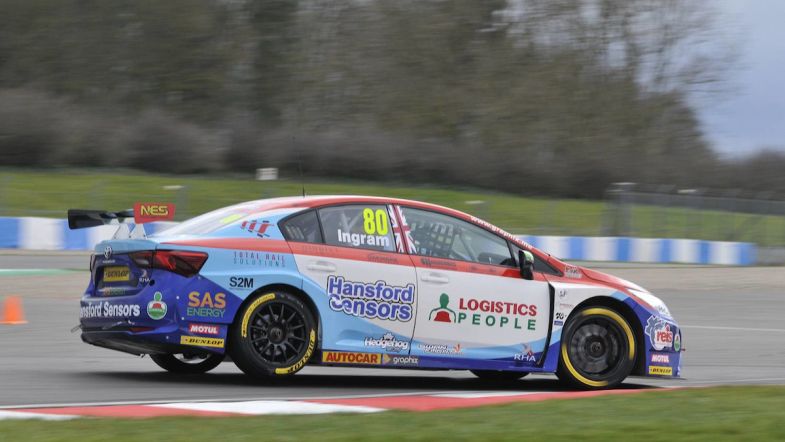 The top three in the championship standings have all elected to run the hard tyre in the opening race of the weekend at Donington Park after Dunlop revealed the options for the second meeting of the year.

Tom Ingram, Jack Goff and Adam Morgan will all run the option tyre, which is expected to be slower across a race distance that the prime tyre, at the first available opportunity – taking a double hit when already carrying success ballast.

By contrast, a number of quicker drivers running lower levels of ballast have elected to hold the tyre back to race three to try and maximise their results in the opening two races – including the likes of Sam Tordoff and Colin Turkington.

“I’m not overly surprised by the way a lot of the drivers have gone with their tyres,” Dunlop’s Micky Butler said. “The cars with the most success ballast will take a double hit by running the hard tyre early, although we saw last season that Tom Ingram was able to get a good result in race one on the hard tyre so it is possible with the weight onboard.

“There are a few drivers who might be regretting running the hard tyre early after qualifying and who could find they have shot themselves in the foot a little.”