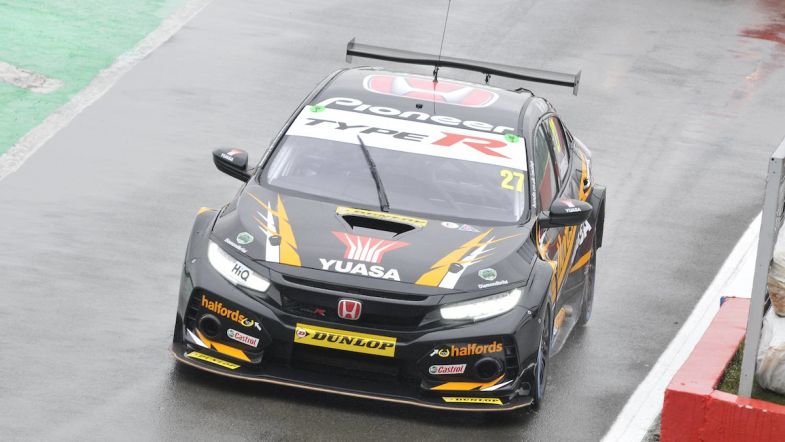 Dan Cammish headed the times in a wet opening practice session at Donington Park ahead of the second meeting of the BTCC season.

The Team Dynamics driver posted a best time of 1min 19.925secs during the 40 minutes of running at the East Midlands circuit, which allowed him to edge out the Power Maxed Racing Vauxhall of Josh Cook.

Cook ended the session just 0.027secs behind, with the front two being nearly half a second clear of the rest of the field.

Andrew Jordan was best of the rest in third in the first of the WSR-run BMWs ahead of Ash Sutton’s Subaru; running this weekend for the first time with the Swindon engine in his Levorg GT.

Brett Smith was fifth quickest ahead of Aiden Moffat, with James Cole and Rory Butcher rounding out the top eight.

Championship leader Tom Ingram was 17th quickest whilst Michael Caine and Jake Hill both failed to set a time in their VW CCs.