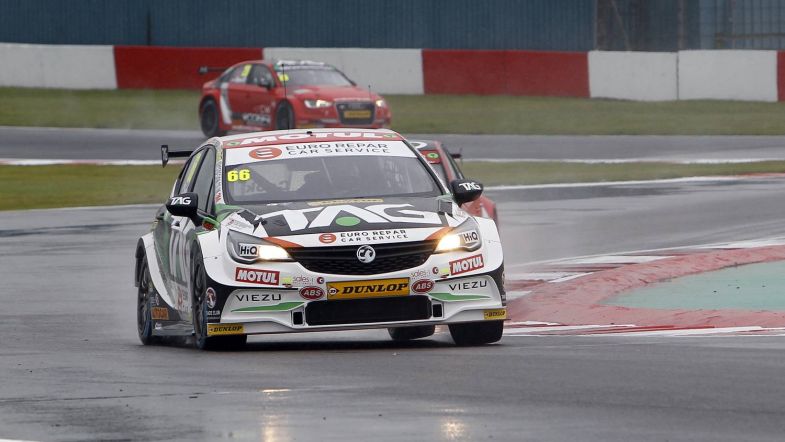 Josh Cook posted the quickest time of the weekend so far in the second BTCC free practice session sat Donington Park as a number of his rivals ran into problems.

The Power Maxed Racing driver was the only man to break the 1min 20secs barrier during the session at the wheel of his Vauxhall Astra, which saw him head FP1 pace-setter Dan Cammish by nearly four-tenths of a second.

With circuit conditions still damp at best, Chris Smiley was an impressive third quickest for BTC Norlin Racing ahead of Aiden Moffat’s Mercedes, with Sam Tordoff and Rory Butcher rounding out the top ten.

Whilst all 32 drivers were able to head out on track and post a time, the session didn’t pass without any issues – with a brief red flag stoppage being caused by Tom Chilton’s Motorbase-run Ford Focus stopping on track just before Schwantz Curve.

There were also issues at Team BMR, with Jason Plato missing a large chunk of the session after losing drive on his Levorg and team-mate Ash Sutton also being restricted to nine laps after an engine issue on his car.

The team is already at work to change Sutton’s engine ahead of qualifying.

There were also problems for the West Surrey Racing BMW of Andrew Jordan, which returned to the pits with smoke pouring from the exhaust with the former champion having managed just nine laps.