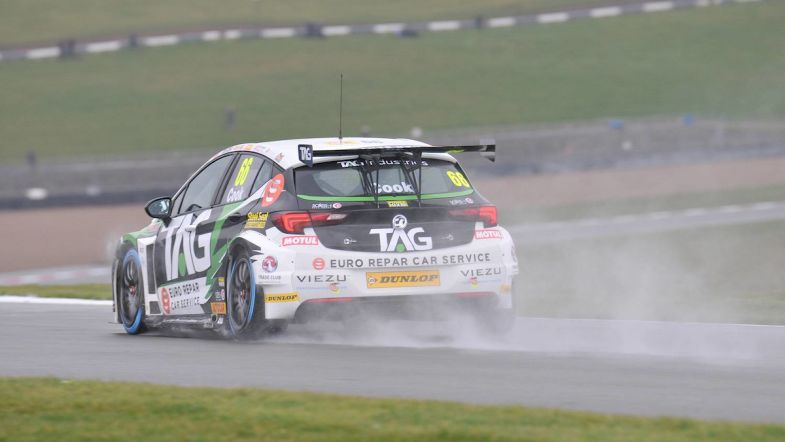 Three weeks after the team took its maiden BTCC victory, Josh Cook secured a first pole position for Power Maxed Racing after topping the times in qualifying at Donington Park.

Cook had paced second practice earlier in the day and emerged on top after a frantic final few minutes following a red flag stoppage that turned the session into a mad dash for pole.

Sam Tordoff had looked set to take the first RS pole in the series for some 28 years having led the way before the red flag was thrown after Aiden Moffat went off at the final corner in his Mercedes.

In mixed weather conditions, it then became a case of who could get the best lap in in the final four minutes and it was Cook who delivered – going just 0.030sec quicker than Chris Smiley who produced by far his best qualifying performance to date for BTC Norlin.

Smiley had never previously qualified higher than 16th on the grid but came close to snaring top spot with Tordoff having to settle for third.

Dan Cammish moved up to fourth in the closing stages ahead of Moffat, with Jack Goff, James Nash and Tom Chilton rounding out the top eight.

Championship leader Tom Ingram was down in 16th place in his Toyota Avensis, with defending champion Ash Sutton down in 22nd having missed the first half of the session whilst BMR completed an engine change on his car.