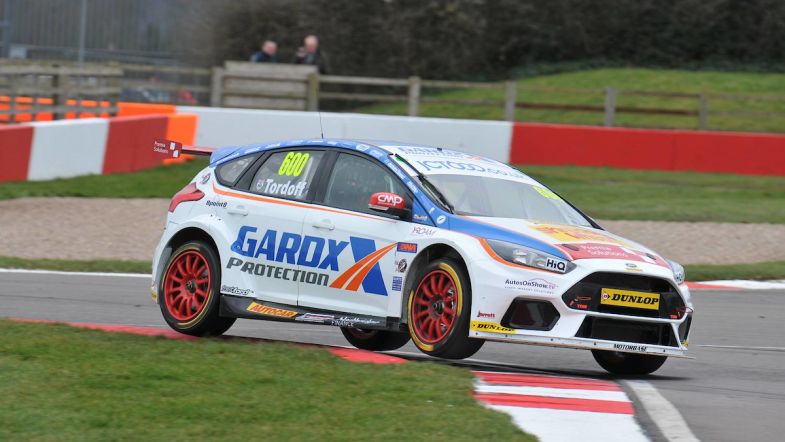 Sam Tordoff said he was delighted with his performance in qualifying at Donington Park despite missing out on a first pole position since returning to the BTCC.

The Motorbase driver had topped the times for much of the session at the wheel of his Ford Focus RS but then slipped back to third in the frantic final minutes after a red flag caused by Aiden Moffat going off at the final corner.

That still leaves Tordoff well placed to challenge for strong points as he seeks to bounce back from a difficult season opener at Brands Hatch; where he picked up just three points.

“I’m delighted to be honest,” he told TouringCarTimes. “Okay so we lost pole, but those guys did a one lap wonder at the end whereas I did a number of laps that were good enough for P3 and we were consistently quick throughout the session.

“We know we have a quick car and whilst we didn’t get points at Brands Hatch due to a silly tyre mistake, we should start scoring the points we deserve this weekend. We’ll have to see how things pan out but I’m confident about our chances and if we can pick up a podium in race one then I think it will be a good start.”

Tordoff is amongst those drivers to have gone with the hard tyre for the final race of the weekend and admitted it was a tactical call to try and maximise his points.

“I want to try and score as many points as we can before we need to run the hard tyre,” he said. “I’ll tell you at the end of the day tomorrow if that is the right call but having run the option tyre in race one at Brands, I think race three makes sense here to keep my options open across the season.”