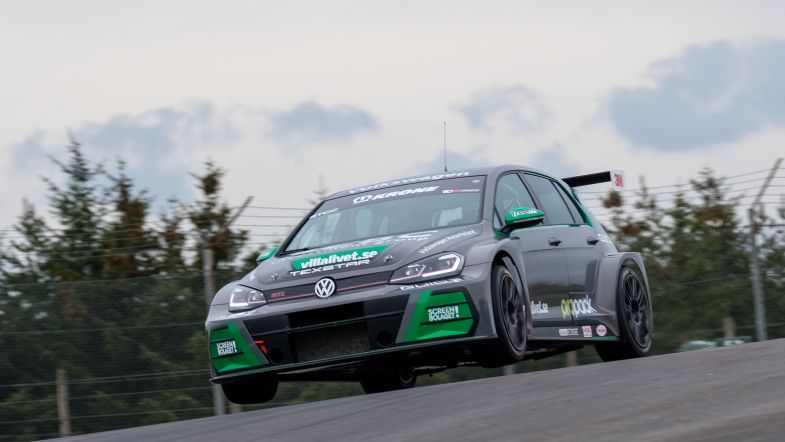 Dan Lloyd led a WestCoast Racing one-two in the first official TCR UK practice session of the weekend at Knockhill.

Lloyd, who was fastest in three of Friday’s four timed tests, set a time of 50.969 around the reversed configuration of the Scottish circuit to go nearly three-tenths of a second quicker than team-mate Andreas Bäckman.

Fellow Scotsman Sean Walkinshaw did not take part in the session due to a delay in receiving parts after crashing his Honda Civic in testing. It is not clear if he will make it out for qualifying later today.

Also in strife was the Vauxhall Astra TCR of Darelle Wilson, who ended up ninth in the order, over six seconds off Lloyd’s leading pace. BTCC racer Josh Price was another to hit trouble early on and completed just three laps in his Honda Civic.

Lewis Kent was fourth with his Hyundai with Ollie Taylor, who had a quiet session in his Pyro prepared Honda Civic, in fifth. Taylor had a slow start to the session, languishing in the eighth position but found enough pace in the car to wind up just over half a second off Lloyd by the flag.

Moffat’s team-mate Derek Palmer Jr was eighth in the second Alfa ahead of the troubled Wilson and Price.

Qualifying at Knockhill begins at 14:55 BST.