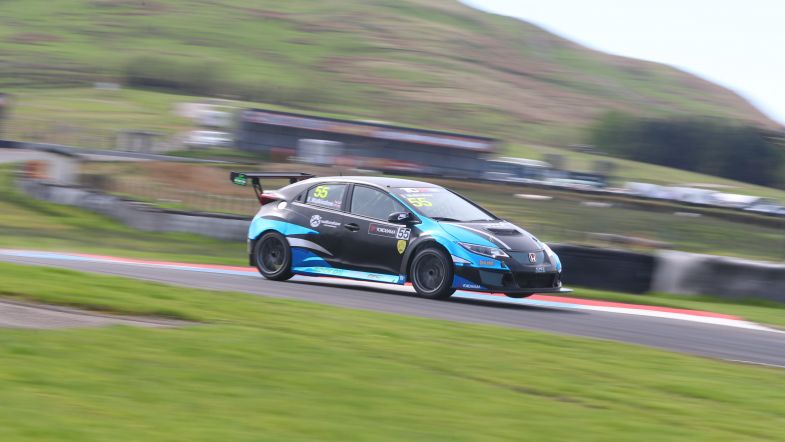 Sean Walkinshaw will start tomorrow’s second TCR UK race from pole position, with Darelle Wilson lining up alongside him on the front row.

With the grid being determined by drivers’ second fastest times in the 30 minute qualifying session, Walkinshaw was catapulted to top spot, courtesy of the top ten being reversed.

Walkinshaw missed the morning’s practice session due to a lack of spare parts after a testing crash.

Wilson was left ruing what could have been in his Vauxhall Astra TCR, having run wide at the chicane and going off track. The DW Racing driver however remains in contention with second on the grid.

Behind Wilson is Lewis Kent, who lines up third in the Hyundai i30 N TCR. The youngster starts one place ahead of WestCoast Racing’s Jessica Bäckman.

The Honda Civics of Finlay Crocker and Josh Price finished up fifth and sixth in their FK8 and FK2 respectively.