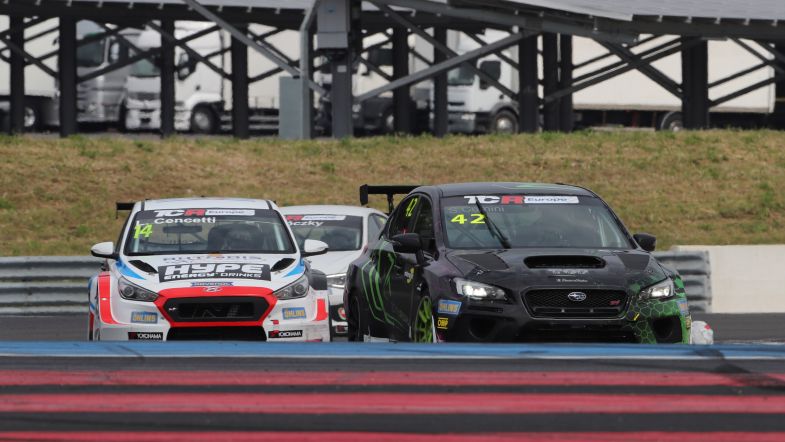 Stefano Comini will miss the second round of the TCR Europe Series season this weekend at Zandvoort after electing to move away from the Subaru WRX STI he campaigned in the opening meeting of the year in France.

The two-time TCR International Series champion was a late addition to the grid ahead of Paul Ricard at the wheel of the Top Run-built car and although he showed strong pace in wet conditions, Comini struggled in the dry at the wheel of the Subaru and had to settle for a best finish of tenth.

As a result the decision has now been taken to switch from the Japanese machine to another marque but with time running out to sort a replacement ahead of this weekend, Comini will instead miss the Dutch meeting before returning at Spa for round three next month.

“When we were at Le Castellet we began evaluating the opportunity of working with a different team and a different car,” Race Republic team manager Stefano Fecchio said.

“We hoped to be ready to race in Zandvoort, but there was not enough time to get everything ready properly. Therefore we have elected to skip this event in order to be well prepared for the next one at Spa.”

Comini’s new car and team will be revealed ‘in the coming days’.