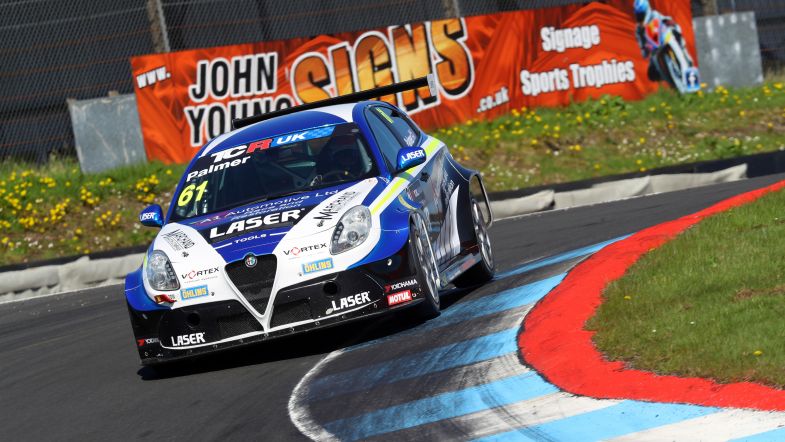 DPE Motorsport has confirmed that it plans to continue with a programme in the TCR UK Series despite Laser Tools Racing electing to leave the championship.

The two had come together to run a pair of Alfa Romeo Giulietta TCRs in the series this season before Aiden Moffat took the decision to call time on his participation in the series following the second meeting of the year.

That raised questions over whether or not Moffat’s team-mate Derek Palmer would continue with his programme, but the 31-year-old insists that he will remain on the grid as part on an ongoing two-car team.

“Aiden and I remain great friends and Laser Tools is great brand; we wish them all the best,” he told TouringCarTimes. “The fact we have parted ways is completely amicable and we can understand the frustration that has led to their decision.

“Despite that, we fully intend to continue in TCR UK with both cars. Obviously we have a lot of work to do and there are a lot of discussions to be held in the next few weeks as we don’t have long to go before Brands Hatch.

“However, we will make it work as we always do, and will have both Alfa Romeos back out on track.”

Palmer sits eleventh in the standings – just a point away from the top ten – with a best finish of sixth from the opening two meetings.