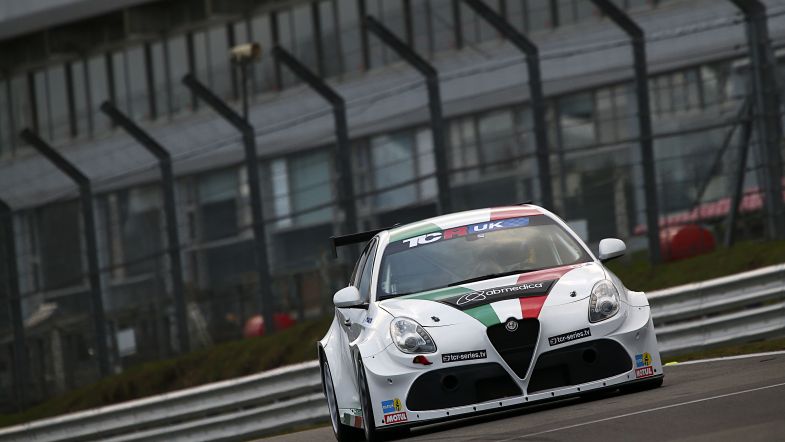 The DPE Motorsport outfit has announced that Robert Gilmour will join the team for the remainder of the TCR UK series season, starting with the next round of the campaign at Brands Hatch.

Gilmour will fill the seat vacated by BTCC race winner Aiden Moffat and ensures that both Alfa Romeo Giulietta TCR cars will continue to compete this year.

The 26-year-old will be making his debut in TCR machinery when he lines up alongside Derek Palmer but has previous experience of the Alfa Romeo following a test during the winter.

“I was one of the three drivers who originally went over to Italy to test the car, so I’ve been part of the project from the very start,” he said. “I’ve watched the TCR International Series grow and I was with Derek at Silverstone and Knockhill, so I know all about TCR UK and where it’s going. I think it’s very well-run and has good coverage, so I can’t wait to be a part of it all.”

Team principal Derek Palmer Snr said he was pleased to be able to confirm that both cars would be on track for the next round of the year.

“I believe strongly that TCR is the future of touring car racing and so I’m delighted that Robert is joining us for the rest of the season,” he said. “Anyone involved in motor racing will know all about Alfa Romeo’s racing DNA and I think this little car has a huge future; we’ll be continuing to work to develop the car with Derek and Robert.”