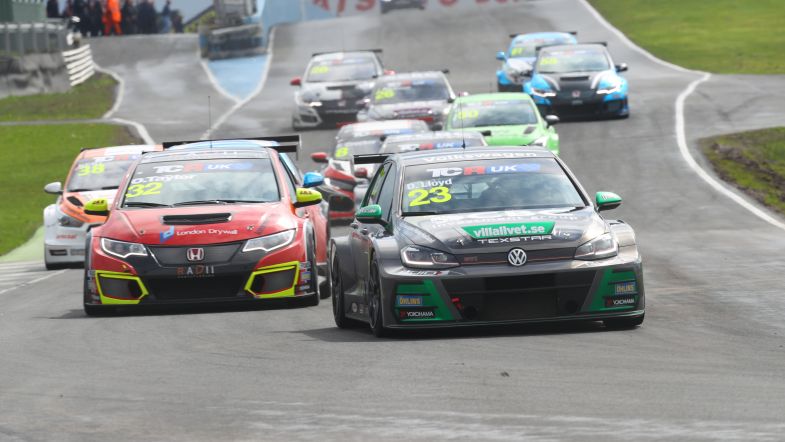 The third round of the new TCR UK series is set to feature the biggest grid seen to date with at least 14 cars set to race at Brands Hatch.

So far this season, 13 cars took to the start at Silverstone for the season opener, with eleven cars then contesting the second meeting of the campaign at Knockhill.

The Brands Hatch grid was always expected to rise back to the figure seen in the first meeting of the year, with the two Cupra TCRs of Stewart Lines and Carl Swift returning to action having been fitted with new sequential gearboxes – a move that forced both cars to miss the trip to Scotland.

A new addition to the grid for this weekend is set to be the Wolf-Power Racing-run Renault Megane TCR of Alex Morgan.

Morgan is competing in TCR Germany with the car this season but elected to miss the second meeting of the season at the Most circuit in the Czech Republic to continue with development work on the all-new machine.

The British driver is due to complete a shakedown of the car today [Tuesday] in Germany before it is then brought to the UK for the Brands Hatch weekend, which will be used for testing purposes ahead of the third round of the German series at the Red Bull Ring.

Aside from the Megane, work is ongoing to try and get two other cars on the grid this weekend, with plans being put together that could see a third Cupra TCR and one other un-named car also join the grid.

TouringCarTimes understands however that plans for a second Honda Civic Type R to be entered by Team BMR have not come to fruition, with the team unable to get a new car prepared in time for this weekend’s meeting.

The other changes to the Knockhill entry will see Howard Fuller return at the wheel of the Sean Walkinshaw Racing-run Honda Civic having missed Knockhill, whilst Robert Gilmour debuts in the second DPE Motorsport Alfa Romeo after the departure of Aiden Moffat from the series.