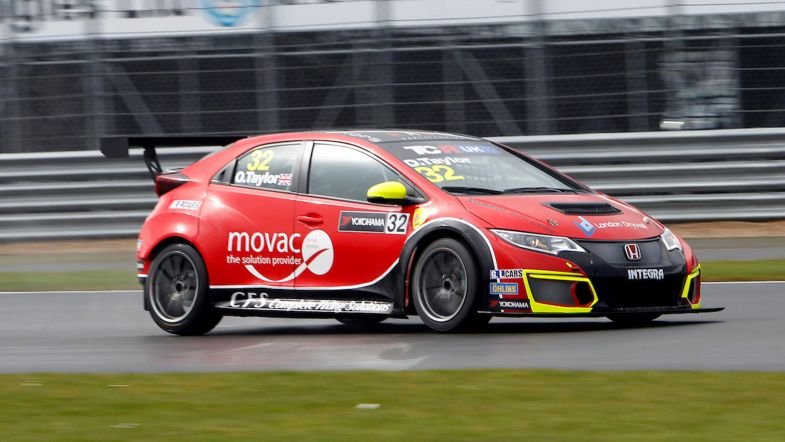 Ollie Taylor will switch to the latest version of the Honda Civic Type-R TCR for the remainder of the TCR UK season, starting this weekend at Brands Hatch.

Taylor has enjoyed a solid start to the season running an FK2 version of the car and sits third in the championship standings – having taken three podium finishes from the opening four races of the year.

Following the most recent event at Knockhill, Taylor was able to conduct a back-to-back test of the FK2 and FK8 versions of the Civic and has now taken the decision to switch cars from the third meeting of the year.

It means that he will now run in the same model of car as Finlay Crocker, who is being run by the same Pyro Motorsport team but under the Verizon Connect Racing banner.

“The decision to switch from the FK2 Civic to the FK8 was actually fairly straightforward,” Taylor said. “The newer car is so much easier to drive and it really suits my driving style.

“I think JAS has done a great job with the FK8 and I really think I can get a good result at Brands Hatch this weekend. You have to remember – nobody develops a new car that’s the same as the previous model!”