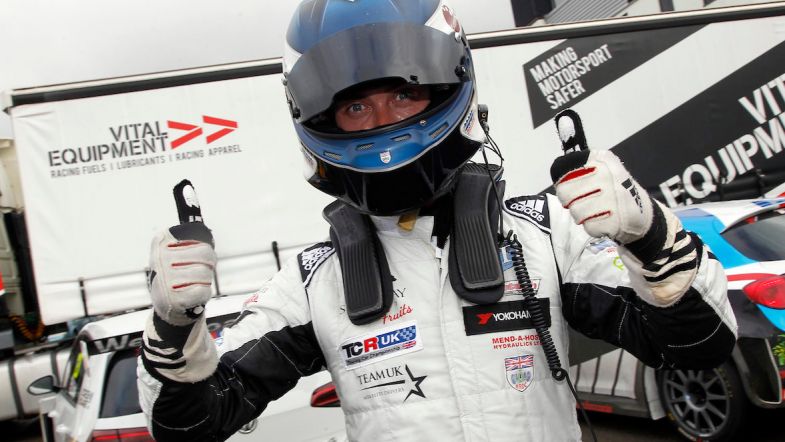 Having secured six wins from six starts to lead the TCR UK standings, Dan Lloyd is to make a surprise return to the BTCC grid after BTC Norlin announced that he will replace James Nash from this weekend’s fourth round of the year at Oulton Park.

Nash made his return to the series this season for the first time since 2011, having spent recent years racing in the World Touring Car Championship and the TCR International Series.

However, it proved to be a difficult return for the 32-year-old who scored only two points finishes – with a best finish of twelfth – from the opening nine races of the year to sit 26th in the standings; 46 points behind team-mate Chris Smiley.

Admitting he was disappointed with the results to date, and with ongoing business commitments, Nash has now elected to step down from the series with immediate effect.

“I made a return to BTCC and UK racing due to some exciting events happening in my business and personal life,” he said. “I believed racing in the UK would allow me more time to commit to my work, personal and race life.

“I have enjoyed a lot of success in international racing and have been very disappointed with my current level of results. It is because of all these factors, I have decided to pull out of BTCC until the timing is once again right for me.

“I wish BTC Norlin Racing and Chris Smiley a lot of success for the rest of this season.”

Replacement driver Lloyd has previous experience of the Civic having competed in three meetings with Eurotech back in 2016, with a best finish of sixth and a front row start at both Oulton Park and Croft.

Lloyd’s programme in the Civic will not prevent him from continuing with WestCoast Racing in TCR UK, with no clashes between the two over the remainder of the season.

“I’m really excited to be joining BTC Norlin,” he said. “The deal came about very last minute, literally this morning. Bert [Taylor] has been following my progress in the TCR so when the seat became available he called me straight up. I’m very grateful and flattered to be asked to step in.

“I’ve not had any time in the car yet. FP1 on Saturday will be my first run out so I’ve no expectations at the moment. As a new driver to the championship, I will be carrying the 45kg of late entry ballast into the first race so it’ll be a big challenge.

“It’s nice to come back at Oulton Park, which is one of my local rounds. I’m just looking to find my feet on this year’s grid, have a solid weekend and get to know the team and the car.

“It’s great that I’m in the position to keep my TCR UK campaign running alongside this and I’m still fully committed to the TCR and WestCoast Racing. It’s certainly going to be a busy season!”