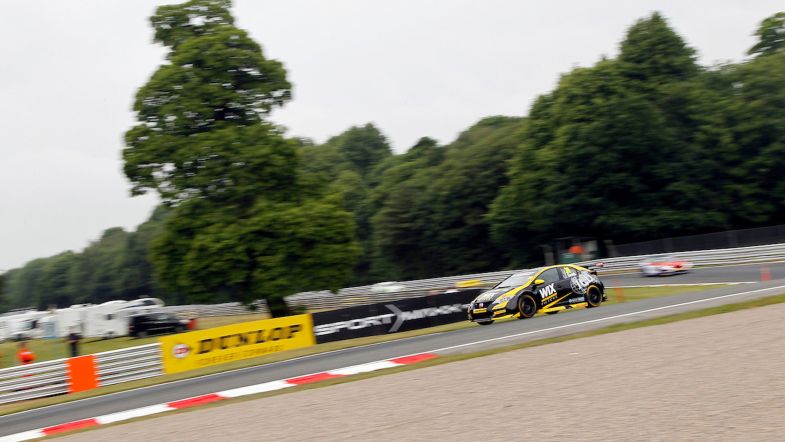 Oulton Park front-runners all starting on the Dunlop soft tyre

The tyre selection for race day has been revealed, with front row sitters Matt Simpson and Sam Tordoff both confirmed to be starting on the soft tyre, as well as the BMW of fourth-place starter Andrew Jordan.

Simpson took his first pole position and was delighted after also confirming he’d opted for the soft tyre for Race 1, which is considered the favoured tyre at the Oulton Park circuit, giving the Eurotech Honda driver a clear shot at victory.

However, when Dunlop confirmed the full list of tyre options taken up later in the afternoon, it became evident that he would not be alone up front, with half the runners in the top ten also opting for the Dunlop SportMaxx Soft Option tyre.

In Race 2, 14 cars will run the soft tyre, with Tom Chilton the best-placed driver on Race 1’s grid due to switch over to the soft for Race 2, starting third.

“I think the one to fancy in Race 1 is Andrew Jordan,” said Dunlop’s Micky Butler to TouringCarTimes. “Predominantly this has been a rear-wheel drive circuit, and they look after the tyres better.

“Can Matt (Simpson) handle the pressure? Sam (Tordoff)’s definitely matured since he was last here two years ago. Tom (Chilton)’s on the harder tyre, but it all depends what the pace is, as at this place, it’s very hard to overtake.”