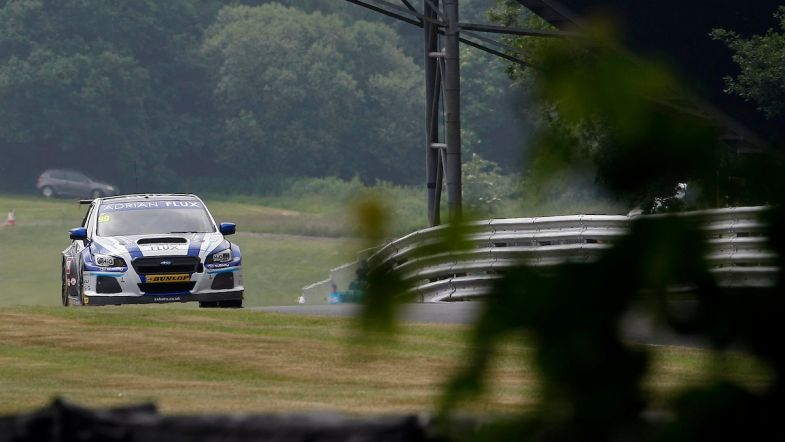 Jason Plato: “We have to find a solution – and fast”

Jason Plato insists that Team BMR has to ‘find a solution’ to it’s ongoing engine issues as the BTCC season heads towards the half way point this weekend at Croft.

The Subaru squad again suffered with straight-line speed at Oulton Park last time out, with Plato restricted to a best finish of 20th place as a result – having qualified 29th at a circuit where rear-wheel drive cars have traditionally gone well.

Plato’s problems were summed up by the way in which he found himself unable to defend against the Mercedes of Aiden Moffat in the final race of the weekend, and he admitted that a lack of engine power was hurting the Subaru squad.

“We are down on power and down on torque, and in that situation you can’t attack, and you can’t race,” he said in the latest Adrian Flux Subaru blog. “You’re just circulating and it’s very, very frustrating.

“With the team and engine builders, we’re busy looking through all the options to try to be more competitive at Croft, because we’ve got to find a solution to this problem, and fast.

“We don’t have enough boost, and there are mathematical reasons for that which are quite complicated. It means we are consistently having to run at detonation point to get the best from what we’ve got.

“That has a knock-on effect on reliability because we are pushing things to breaking point.”

Engine cooling has also proven to be problematic this season which has resulted in further losses in performance, with BMR vowing to work hard with engine suppliers Swindon to resolve the current issues.

“Swindon Powertrain are our appointed and trusted engine project partner for the foreseeable future,” the team said. “We have work in progress with them with short term and long term plans which we wish to see through and Swindon and ourselves are working hard together to deliver more performance and get our results back to where we expect them to be as soon as possible.”