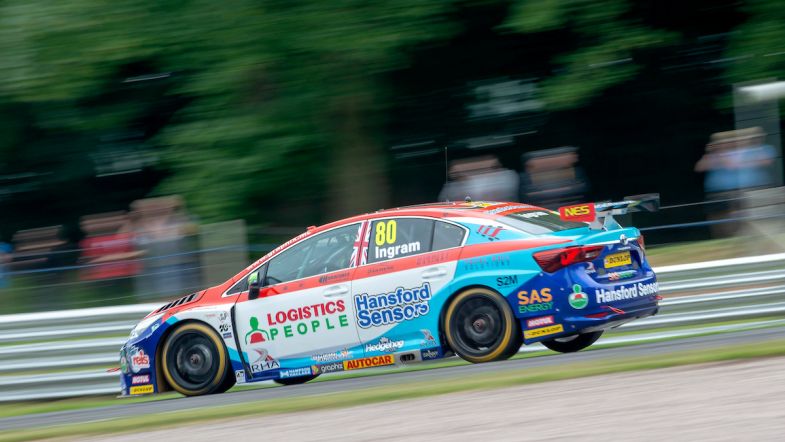 Tom Ingram emerged with the quickest time in a hard fought opening BTCC practice session of the weekend at Croft.

The Speedworks driver left it late in the 40 minute session before making his move to the top of the timing screens, with a best lap of 1min 24.600s in the final 60 seconds being enough to edge him ahead of the Alfa Romeo of Rob Austin.

Austin had only just gone into top spot himself for HMS Racing as two front-wheel drive cars led the way at a circuit where those driven through the rear wheels have traditionally been the ones to beat.

There was an element of surprise when it came to the quickest rear-wheel drive car however, with defending champion Ash Sutton third quickest in his BMR-run Subaru Levorg. Sutton had spend much of the session out front having been the first man to break the 1min 25sec mark but would ultimately end up two-tenths of a second off the outright pace in third.

Team-mate Jason Plato was fourth best despite a troubled session that saw him spend more than half an hour in the garage as the team worked on an electrical issue. Just five laps was the end result, although he was still able to lap within 0.055s of his team-mate.

Mike Bushell was a solid fifth for Team HARD in his VW CC with Matt Neal sixth in the fastest of the Honda Civics.

Points leader Colin Turkington, Andrew Jordan, Aiden Moffat and Adam Morgan rounded out the top ten, with Bobby Thompson’s VW the only car not to set a time.