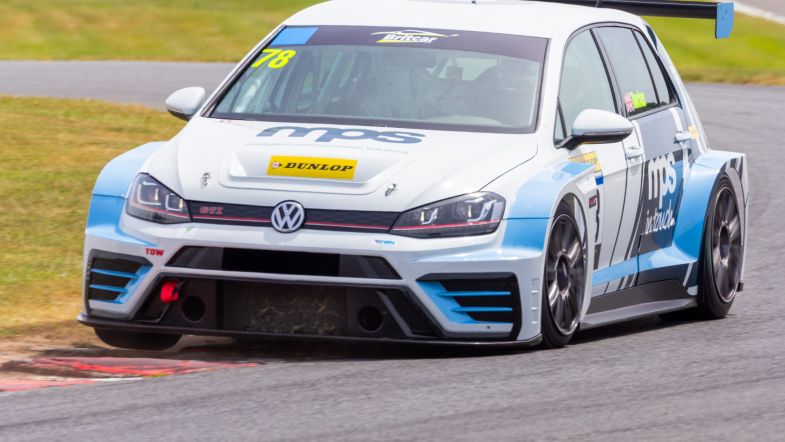 Maximum Motorsport has announced that the team will enter three cars for the latest TCR UK meeting of the season at Oulton Park with the addition of Tim Docker’s Volkswagen Golf GTI TCR.

Docker acquired the Golf GTI from the Motorbase team in May and has been competing with the car in the Britcar Endurance series in recent months.

Having taken a class win at Donington Park, Docker will now make his TCR UK debut this weekend alongside the two Maximum-run Cupras of team boss Stewart Lines and Carl Swift and he said he was ready for the new challenge.

“I’m pleased to be joining the Maximum Motorsport team at Oulton Park this weekend in the MPS Networks-sponsored Volkswagen Golf we acquired from Motorbase in May,” he said. “Maximum have run the car for me in two Britcar meetings, at Oulton and then at Donington a couple of weeks ago, and we managed a fourth and a first in class respectively at the two Donington rounds.

“I’m really looking forward to the new challenge of TCR UK as well as meeting up with some of the VW Cup guys I’ve raced with over the past couple of years.”

Lines said he was pleased to welcome Docker into the series as part of his team.

“I’m personally delighted to see Tim stepping up to TCR UK, as we’ve worked together from when he first took part in a track day to competing in the VW Cup and Britcar,” he said. “I persuaded him to buy the Golf and he’s already had great value for money from it, so let’s see how he gets on in TCR UK. There are no targets this weekend, it’s purely for Tim to enjoy himself and see how he gets on.”