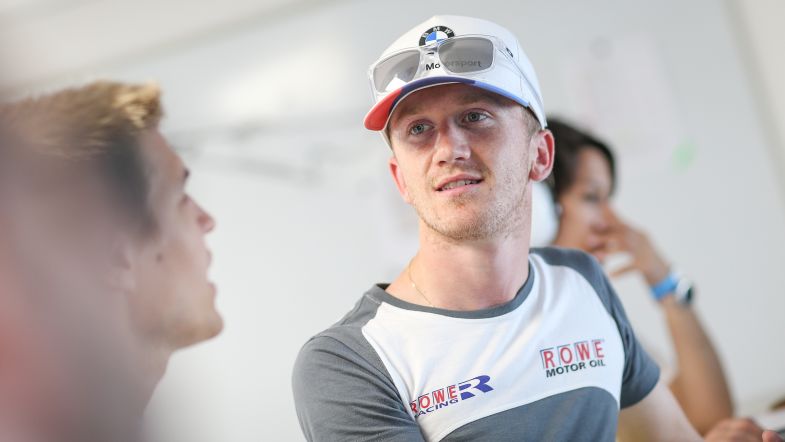 Ricky Collard will make his BTCC debut this weekend at Rockingham after being given the call to replace father Rob at West Surrey Racing.

Collard Sr will miss the next two rounds of the campaign as a result of concussion sustained in his heavy accident at Snetterton last month, leaving WSR to look for a replacement for both Rockingham and Knockhill.

As a result, Ricky Collard will now be given the opportunity to step into a BTCC race seat for the first time having previously gained experience of the BMW 125i M Sport during testing.

The 22-year-old is no stranger to the TOCA paddock having competed in both the Ginetta Junior Championship and British Formula Ford/MSA Formula – finishing second in the latter in 2016.

After a season where he finished as runner-up in BRDC British F3, Collard then joined BMW’s Junior Driver programme and has since gone on to compete in a range of sportscar events for the German manufacturer.

That has included a race-winning programme in the ADAC GT Masters series and a podium finish at the famous Nurburgring 24 Hours.

“This is a fantastic opportunity for me,” Collard said. “I’ve been around the BTCC paddock throughout my childhood and teenage years watching Dad race – mostly with WSR – and I’ve been desperate to compete in the series for a long time, especially for a team with their record of success.

“While I never wanted my debut to be under circumstances like this, Team BMW are one of the best in the BTCC, have won the championship for the past two seasons and are right in the thick of the title battle again. My target is to do the best job I can and help score as many points as possible for the Teams’ and Manufacturers’ championships.”

Team boss Dick Bennetts said he was pleased to give the youngster his chance and was confident he would produce the goods on track.

“While we’re extremely sorry for Rob and wish him a speedy return, we’re pleased to be able to give Ricky Collard, a young driver with a huge amount of talent, an opportunity to drive the Team BMW 125i M Sport at Rockingham and Knockhill,” he said. “Ricky tested the BMW with us last November and was extremely impressive. For a young driver who had never been behind the wheel of a touring car before, his pace and – in particular – his technical feedback, were very strong.

“It will be very important to use the free practice sessions wisely as we try to get him up to speed as quickly as possible. I’m sure he’ll do a good job.”